Two content giants  WarnerMedia and Discovery  are getting married in a deal that will again alter the streaming media and pay-TV landscape. WarnerMedia, the content colossus owned by AT&T, will be joining up with Discovery to create a studio with the size and scale to take on Netflix and Disney.

For AT&T, this means reversing a longstanding hope of bringing content and distribution together in one vertically integrated business. Former AT&T CEO Randall Stephenson fought hard in 2018 to purchase Time Warner, an $85 billion deal that the US Justice Department tried to block.

The fact that only three years have passed shows the whirlwind speed of change with which streaming services have hit traditional media groups. A "major course correction by AT&T, fully leaving content," said media reporter Sara Fischer on Twitter.

It turns out there aren't very many synergies between content and distribution after all.

Stream a little stream of me

Even with the Discovery-AT&T tie-up, catching the big players of streaming will take some sprinting. Within the AT&T stable, HBO and HBO Max have 64 million worldwide subscribers. Discovery, with the Discovery Channel and Animal Planet counting among its wares, has 15 million. By comparison, Netflix has 208 million, and Disney+ recently lured its 104 millionth.

Still, with Apple, Comcast and others all joining the race to catch Netflix, Discovery-AT&T could credibly hope to rank in the top four of a very big market.

The new company will own DC Comics, CNN, the Cartoon Network, the Food Network, TNT and Eurosport, with "nearly 200,000 hours" of programming in its libraries, the announcement noted.

In revenue terms, Discovery and WarnerMedia's combined 2020 revenue of $41 billion wasn't so far off Disney's, which at $65 billion is the world's largest media group.

Discovery's two largest shareholders  Liberty Media Chairman John Malone and Advance, an investment vehicle for the Newhouse family who own Condé Nast  both strongly favored an aggressive pivot to streaming.

The two, who control 45% of Discovery's stock, thought it would give the company an independent future or make it an attractive acquisition.

Give them a bell

On the other side, AT&T, which traces its origins to Alexander Graham Bell's self-titled Bell Telephone Company in 1877, remains the world's largest telecoms company by revenue. But at the end of last year, it was sitting on $155.2 billion of debt.

While this was down a bit from $190 billion in 2018, it represented a major, and not entirely successful, bet to relaunch the telco as a media-telecoms giant combining content and distribution.

It recently spent another $14 billion to buy wireless spectrum. A very different sort of bet. 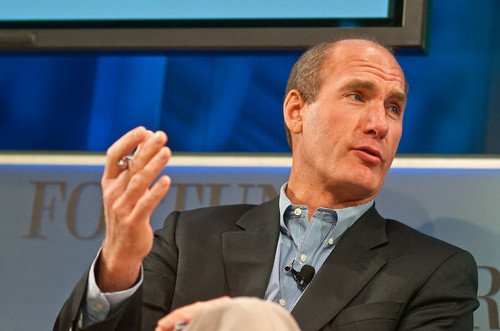 So AT&T's story now under John Stankey is largely one of walking back some of these big-ticket purchases, to shrink a debt pile which weighs like a rock on its valuations.

In February, Stankey sold a 30% stake in the satellite television service DirecTV for $7.8 billion to private equity group TPG, at a valuation a quarter of what AT&T paid for the company in 2015. But that pales beside the $43 billion AT&T gets for selling its WarnerMedia business to the combined group.

AT&T will own 71% of the new joint company, which will be led by Discovery CEO David Zaslav and whose market value could reach $150 billion.

Jason Kilar, the WarnerMedia CEO who AT&T brought in only last year to oversee the company's shift to streaming, was not mentioned, leading to speculation he may soon be looking for a new job.

The company hasn't yet been named, but FT Assistant Editor Janine Gibson quipped on Twitter an option could be HBO/Discovery "or Home Disco for short."