Amazon to launch its own smart TV line this fall  report

Amazon plans to introduce Amazon-branded smart TVs in the US as soon as this October, a move that would deepen the reach of its in-house AI and streaming technologies, Business Insider reported.

An industry source confirmed that the plan has been in place for more than a year and that its Amazon's Lab 126 unit is involved in the project. Business Insider said the Amazon Devices division is also tied into the company's TV-facing work.

According to Business Insider, the new Amazon-branded TVs will be powered by the company's Alexa voice assistant and are initially being designed and manufactured by third parties, including TCL, a TV-maker that has already teamed up with Roku and Google. 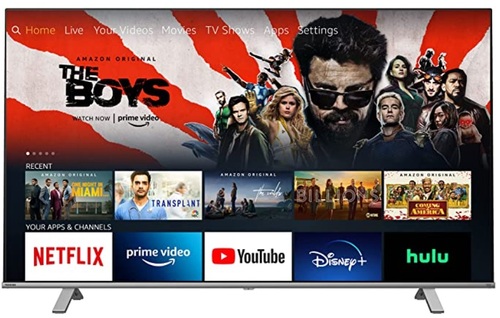 An industry source noted that Amazon has also been exploring what it would take for the company to develop and build its own hardware and underpin it with Amazon's own Fire TV and Alexa platforms. Part of that exploration has included the pursuit of engineering and other knowhow linked to the development of next-gen displays and the infrastructure and supply chain required to operate such a business and, of course, cut costs.

That would be a difficult path to travel, given the logistics of the TV-making business, but the idea is to enable Amazon to take fuller control of the ecosystem, the source added. Amazon, the person added, views smart TVs as a new "category killer" that the company can pursue by expanding its ability to control supply chains and pricing.

"They're intent on continuing to control the supply chain and relegate competitors," the source said.

A more ambitious move into the smart TV arena by Amazon would mark an obvious threat to a wide range of players already entrenched in that market.

Roku and Google already license and distribute their respective video streaming platforms to various TV partners. Meanwhile, Samsung (Tizen), LG Electronics (webOS) and Vizio also make and sell their own TV hardware/software combos. Comcast is also exploring a strategy to extend the software platform used for its X1 and Xfinity Flex products to smart TVs on a global basis.