A big change at the top is underway at MediaKind, as the video technology and services specialist announced Thursday that chief technology officer Allen Broome has been upped to CEO.

MediaKind said Broome is taking the reins as the company pushes ahead with a next chapter focused on live streaming for a range of customer types, including multichannel video programming distributors (MVPDs), broadcasters, content owners and content rights holders. 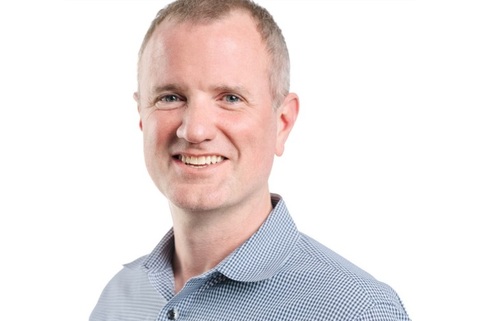 Allen Broome, who joined MediaKind in the fall of 2019 as chief technology officer, previously was VP of cloud engineering at Comcast Cable.
(Image source: MediaKind)

Broome's move to the top spot almost two years after he joined MediaKind as CTO. Broome previously served as VP of cloud engineering at Comcast Cable and was a member of the operator's VIPER (Video IP Engineering and Research) team that drove the development of a managed IP video streaming system initially used for Comcast's X1 platform, and later used for Xfinity Flex, a streaming service tailored to Comcast's broadband-only customers.

Broome succeeds Matt McConnell, who was named CEO of MediaKind in the summer of 2020. Like Broome, McConnell was late of Comcast, having served as SVP and GM of the operator's Colorado-based Comcast Technology Solutions unit.

MediaKind did not elaborate on a reason for McConnell's departure, but company chairman Angel Ruiz noted in a statement that Broome "is well equipped to lead and guide our future strategy roadmap."

Upon joining MediaKind in 2019, Broome told Light Reading that the company that he was focused on helping the company adopt "Agile"-style methodologies popular in the software engineering in a way that would help MediaKind rapidly spin-up and deploy new features and capabilities. Broome also discussed plans to develop cloud-native versions of the entire MediaKind portfolio to help drive scale, reduce costs, speed its time to market and flesh out the company's broader software-as-a-service capabilities.

The challenge now for Broome is to ensure MediaKind keeps hold of its existing customers as it pursues streaming tech deals with a wide range of pay-TV and content distributors, as well as the content-makers themselves. But the market for that business is crowded and competition for it fierce. MediaKind grapples with a wide range of video tech players, including SeaChange, Enghouse, Disney Media & Entertainment Distribution (formerly BAM Tech), Synamedia, Comcast, Vecima, Minerva and TiVo, which has expanded further into the IPTV and streaming services game following its acquisition of the MobiTV assets.

MediaKind, which recently hired former Hulu exec Mark Ramberg as group VP of products, and Jeff Sherwin, the founder and former CEO of This Technology (acquired by Comcast in 2015), as EVP, is presently owned 51% by One Equity Partners and 49% by Ericsson. Ericsson acquired Microsoft's Mediaroom IPTV platform back in 2013.