Broome, a former Comcast exec, is joining MediaKind in the full-time role after providing strategic consulting services to the company earlier this year. He's also coming on board as MediaKind moves ahead with plans to develop a virtualized, software-as-a-service model for the OTT video and pay-TV service provider market. 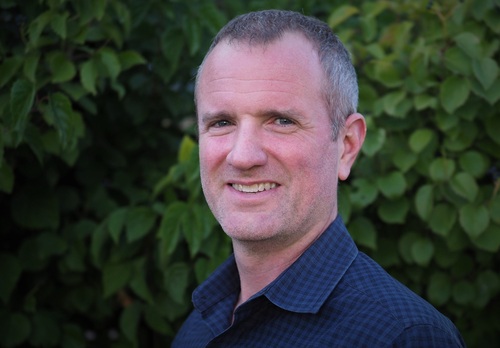 Broome, an exec late of Comcast, is joining MediaKind after providing strategic consulting services to the video software and services specialist.

Broome most recently was vice president of cloud engineering at Comcast Cable, and was a member of the company's VIPER (Video IP Engineering & Research) team that helped the operator develop its managed IP video streaming platform for its X1 video service and the addition of features and capabilities such as a cloud DVR.

Broome, who reports to MediaKind CEO Angel Ruiz, will focus on guiding the company's work around "broadcast-quality" OTT streaming and operating cloud-native systems at scale designed to shorten deployment timelines.

"Having previously worked inside one of the industry's leading cable MSOs, Allen has a deep understanding of the main challenges that operators face as they strive to create compelling and competitive consumer video offerings," Ruiz said in a statement.

MediaKind, presently owned 51% by One Equity Partners and 49% by Ericsson, has been focusing much of its next-gen efforts on MediaFirst, its cloud-powered multiscreen platform. The company also has been using a relatively new microservices architecture to bring some MediaFirst capabilities (such as Netflix set-top box integrations and other cloud-based apps) to customers of Mediaroom, the IPTV platform that Ericsson acquired from Microsoft in 2013.

Why this matters
Broome is joining MediaKind as the company attempts to secure more industry influence and lock down deals as pay-TV operators around the world make critical decisions on whether to upgrade or switch out their existing platforms.

But it is also facing stiff competition across the tier 1 landscape and with small- and mid-tier players that includes Comcast (via its X1 syndication program), Synamedia (which acquired Cisco Systems's video software business in last fall), TiVo, Evolution Digital, MobiTV and Espial (recently acquired by Enghouse).

Adding Broome should help MediaKind enhance and expand its products and video technology capabilities and perhaps open some doors with operators, but the challenge is winning upgrade agreements or entirely new deals when many service providers are still mulling whether it still makes financial sense to boost investments in pay-TV products, Colin Dixon, founder and chief analyst at nScreenMedia, said.

"Making big investments in pay-TV systems is a really, really tough call," Dixon said, noting that some service providers are merely holding onto pay-TV as a secondary piece of their broadband-led service bundles. "The dynamics in the pay-TV industry have changed so much in the past ten years, and [the video tech market] is very competitive."