Subscription OTT services are grabbing much of the video spotlight these days as giants like Disney, Apple and WarnerMedia pour money and other resources into major streaming moves that will pit them against Netflix, Amazon and other SVoD market leaders.

But the money trail doesn't end there. Some of it is being spread to the free side of the OTT world and its increasingly popular mix of ad-supported services.

Among recent examples, Viacom placed a $340 million bet on Pluto TV ahead of a proposed merger with CBS that aims to accelerate the direct-to-consumer streaming efforts of the recombined media company. Tubi -- a service backed by Lionsgate, MGM and Paramount -- has raised $35 million and now claims to have 20 million active users. The Roku Channel, a service that curates free, ad-supported TVs and movies, has become a key growth engine for Roku's surging Platforms business. 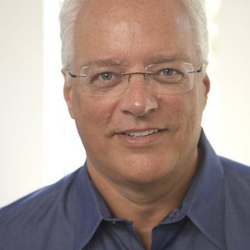 Doherty said Wurl expects to double its employee base this year to help the company pursue an international expansion plan.

Another player in that sector that's been making some noise further behind the scenes is Wurl, a company that operates a network of interconnects and ad platform that enables programmers and other video producers to create and monetize streaming channels for delivery on a wide range of smart TVs and connected TV devices. Wurl's platform has also had some success in the pay-TV arena, partnering with services such as Jukin Media (the company behind FailArmy and The Pet Collective) to provide the technical means to stream onto Comcast's X1 platform.

Although Wurl is ensconced in the free, ad-supported video market and is technically a competitor with services like Pluto TV, Xumo and Tubi, it is taking a different business angle. Rather than licensing programming from others and creating channels from those deals, Wurl is centered on an infrastructure play that helps programming partners build and monetize their own channels (using their own content and content rights) for distribution on Wurl's interconnect with various streaming platforms.

"We don't license any content from anybody or to anybody," Sean Doherty, Wurl's founder and CEO, said. "That's an important aspect of our business."

That "business" is supplying the underlying streaming technology, monitoring and ad-insertion capabilities (including the viewership reporting) to the actual video rights holder.

That approach has allowed Wurl to expand its stable of programming partners. Doherty said Wurl now has about 125 "channels" on its network, and that this represents the fastest-growing aspect of the company's business. Some recent additions include Law & Crime, Tastemade and WeatherNation. Notably, that number includes a mix of "digital-first" content players as well as a growing array of free streaming channels from traditional cable networks that want to expand their audiences beyond the pay-TV universe and take fuller advantage of rising consumer adoption of OTT video.

One prime example is Outside TV, which has developed a free, ad-based version of its service that includes some programming that also appears on its cable channel. In that sense, Wurl provides programmers with an "onramp" to The Roku Channel, Samsung TV Plus and other OTT platforms that expand their exposure and consumer reach, Doherty said.

The playlist approach gives those offerings a linear TV feel, functioning "just like a cable channel but all through the Internet," said Doherty, a broadband industry pioneer himself, as he was once president and COO of @Home Network, the former cable operator-backed high-speed Internet service operator.

Importantly, Wurl allows its content partners to pool the ad inventory they control across the different streaming platforms connected to Wurl, rather than require them to manage that inventory on a siloed basis for each individual streaming platform. That provides scale and allows those content players to "control and manage [the ad inventory] as a single, aggregated pool regardless of where their channels are going," Doherty said.

That approach, he believes, has helped Wurl land deals with cable and broadcast networks and other tier 1 video producers. "They don't want someone in the middle of those transactions," he said.

The impact of Wurl's scale across the smart TV and OTT device ecosystem shows up in some Q2 2019 data released today. Wurl said ad impressions jumped by 150% versus the prior quarter, while total viewing time has increased about 50%. The average viewing time per user reached more than 4.5 hours per month, up 20% from the previous quarter, Wurl said.

Palo Alto, Calif.-based Wurl has raised about $13.9 million and has 42 employees. Doherty said he expects the company to double its employee base before the end of the year to help it pursue an international expansion plan.