Despite an emerging trend that has seen some small- and midsized US cable operators de-emphasize pay-TV or get out of the video game altogether, others still believe there's reason to invest in and deploy next-gen video services.

Joining that latter group is Vast Broadband, which has teamed with Colorado-based Evolution Digital to develop and launch an app-based, IP-delivered video service by the end of the year.

Vast Broadband, an operator serving about 57,000 residential and business customers in parts of South Dakota and Minnesota, will tap into Evolution Digital's eVUE-TV platform to offer a lineup of more than 300 linear TV channels, a VoD library and a cloud DVR, as well as catch-up and start-over video services. 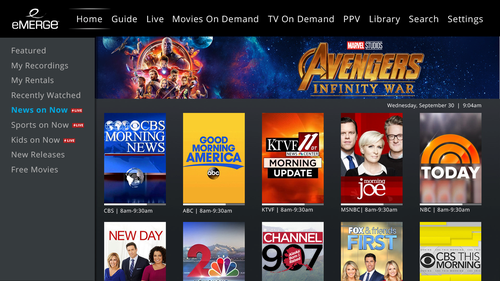 In addition to launching apps on third-party retail devices such as Apple TV boxes, Roku players, tablets and smartphones, Vast Broadband will provide an option for an operator-managed device -- Evolution's eSTREAM, a 4K-capable, Android TV-powered set-top. The eSTREAM uses the Android TV Operator Tier, so it boots up to the operator's video app. But it also supports a variety of streaming apps from the Google Play store.

Why this matters
Bucking a growing trend in the tier 2/3 cable operator space, Vast Broadband has opted to invest in a next-gen video platform rather than emphasize higher-margin broadband services and possibly see its legacy offering wither on the vine amid cord-cutting and the emergence of various OTT-TV options.

For Evolution Digital, Vast Broadband is the first announced partner for its full IP-powered, app-based eMERGE offering. Evolution Digital, which is competing in the tier 2/3 market with suppliers such as MobiTV, TiVo and Espial (now part of Enghouse), also has done video work with operators such as Mediacom Communications, WideOpenWest, GCI and TDS Telecom.