As Europe's telecom executives hang up their suits this August and slip into something more beach-friendly, a few may wonder about AT&T's recent $85 billion takeover of Time Warner, and whether a deal of similar size and shape could happen on their side of the Atlantic. (See AT&T Starts to Milk the Time Warner Cash Cow .)

Love it or loathe it, the AT&T Inc. (NYSE: T) deal is arguably the most significant takeover by a telecom operator this century. The new-look entity is a telco, content owner and production company all meshed into one. It could explode disastrously, like a badly constructed engine, or burn competitors in its tracks. For sheer scale and scope, Europe has no real equivalent. (See AT&T's Stankey serves up a stinker at HBO.)

Given the doubts about the AT&T takeover, Europe's telecom giants may be wary of any similarly audacious move. Diversification into the TV business has not always gone according to plan. Skeptical of major M&A activity outside the core market, some analysts think telcos should double down on their networks business. Nor are there many obvious takeover targets. 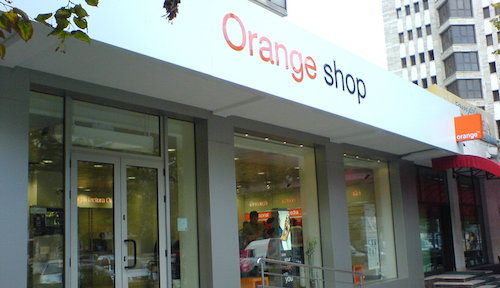 Is Orange in the market for a media company?

But two companies spring to mind as potential dealmakers. French incumbent Orange (NYSE: FTE) is perhaps the fittest and healthiest of Europe's telecom giants. It is already a dab hand at "convergence," with fixed and mobile networks across its main European markets, and runs a TV business, too. On the other side is Vivendi, another huge French company with a sprawling media empire and telecom interests in Italy. Could Orange and Vivendi become the AT&T and Time Warner Inc. (NYSE: TWX) of Europe?

Merger activity has been rumored before now. Less than a year ago, Orange CEO Stephane Richard was reported to have ruled out buying a stake in Vivendi. In an interview with Les Echos, a French newspaper, he pointed out that some Vivendi assets, including its music business, are not "relevant" to Orange. Previously, Orange downplayed interest in Canal Plus, Vivendi's pay-TV and movie production company.

But strong links have been forged between Orange and Canal Plus. Under a deal announced in July 2017, Orange has been distributing Canal Plus content to its broadband customers. It also has a distribution deal with HBO, a part of the Time Warner empire, and has promised to spend 100 million ($113.7 million, at today's exchange rate) over five years on producing new TV series under the Orange brand. (See Orange's New 100M Content Plans Reflect CFO Wariness.)

In the context of markets such as France and Spain, where several companies have started offering packages of fixed, mobile and TV services, such content moves have a defensive logic. And in less converged markets, where analysts fret about the prospects for operators with a narrow focus, content may be a valuable addition to the telco arsenal. "Anyone can offer mobile or fixed-line services through wholesale deals, but how are you going to differentiate other than on pricing alone?" says Paolo Pescatore, an independent analyst formerly at CCS Insight. "If you are a pure-play provider, you will struggle to be relevant in this new world."

The question is whether partnerships and distribution deals will be sufficient in the long run. Pescatore thinks they might not. In his view, competition could eventually whittle away the attractions of being a content aggregator, as everyone joins the party. Even where aggregation holds appeal, his worry is that telcos are often ill-equipped to run a media operation and manage the relationships this entails. A takeover would bring "an established business that understands the media market," he says. At some point, then, Orange may have to take the plunge and "make a big content play." And given their respective backgrounds and existing relationship, Orange and Vivendi could be a natural fit.

Other factors might drive Orange to look seriously at a deal. Among them is the spiraling cost of premium content, including the rights to screen popular sports events. Orange bought rights for French soccer matches in 2008, at a time when access to exclusive content seemed a company priority. Since then, it has changed tack, casting itself as an aggregator while bemoaning the lavish spending on exclusive rights by competitors. But analyst doubts about aggregators could force a reappraisal of this strategy. With no desire to splurge on rights again, Orange might see a Vivendi takeover as an alternative that could ultimately prove more economical. "If you own an asset like Vivendi, it gives you the power to invest in your own blockbuster shows," says Pescatore. That could lead to profitable opportunities in retail and wholesale markets.

Next page: America is coming

You cannot become a platform business by buying companies in adjacent industries and then hoping for some magical synergies to appear.

60% of Videndi's EBITDA (before loss on "new initiatives and corporate costs) comes from music. What possible sense does it make for Orange to own a music publisher?

30% of EBITDA comes from Canal +. It might make sense to buy this to get content for Orange's payTV business but why buy the business when they can license the content and avoid some of the risks of a hit/miss media business?

10% of EBITDA is from the stake in Havas and advertising and PR firm. Do telcos need to be in the advertising business? I don't think so.