The Tour de France is an incredibly demanding endeavor for the near 200 riders that take part, but it's equally as strenuous for the network operator responsible for delivering live coverage to cycling fans worldwide.

For more than 20 years, Orange (NYSE: FTE) has provided infrastructure, technical support and connectivity for the Tour de France, the biggest cycling event of the year. As a major global event, live coverage of the race is broadcast around the world, with cycling enthusiasts drawn to the action.

The event itself is gruelling. The exact route of the tour is different every year, but follows a similar pattern. It winds through two mountain chains (the Pyrenees and the Alps), goes through 21 different stages covering 3,500km and lasts more than three weeks. The finish line is at the iconic boulevard in the center of Paris, the Champs-Élysées. 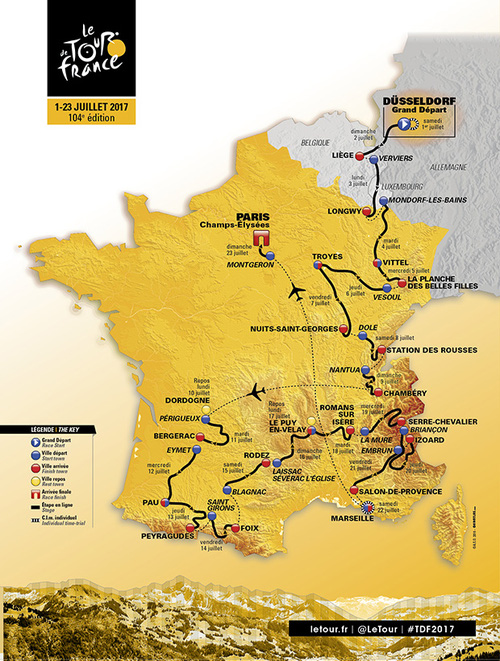 It's an equally demanding challenge for the network operator tasked with creating the infrastructure and connectivity required to provide and coordinate live broadcast coverage of the event. Unlike most sporting events that take place inside a single stadium, competition on the tour is spread across thousands of miles. As such, it poses unique challenges for Orange, requiring connectivity across all 21 stages, not only for the actual video to be backhauled to TV facilities, but also for those covering the event to be able to coordinate coverage and get video footage and other content with teams back at their headquarters or closest operations base. According to the operator, it will support more than 6,000 hours of broadcast footage to just under 200 countries worldwide during the course of the race.

This year also features some new locations, most importantly the Orange Velodrome in Marseille which will be used for a time trial at the Tour de France for the first time since 1978. More challenging locations to wire for an operator are the foot of the ramparts of Longwy, where one of the stages will finish, and mountain peaks at over 2000 meters in Izoard and 1600 meters in Peyragudes, resulting in the early deployment of 14km of optical fiber.

Events like the Tour de France are a great opportunity for operators to showcase the value of their networks. The growth of video has a direct impact on network traffic, with most forecasts predicting that 80% of network traffic will be video in the future. As such, it is absolutely critical that operators look for ways to monetize video delivery, and in as many ways as possible. Certainly, pay-TV services are a real opportunity, even if the trend is now towards skinny bundles and multi-screen streaming. But operators also have opportunities such as this to bundle video delivery with network access and connectivity to enterprises, sports leagues, events and broadcasters.

The growth of video services such as video conferencing, analytics and virtual reality within the enterprise are also important opportunities that need to be identified and targeted. Video is coming -- and it's going to take up a lot of capacity, even more than today. Operators need to urgently identify new revenue models, approaches, target customers and use-cases to be able to fund and support the infrastructure required.

Orange's investment in coverage of this event is a good example of the scale of investment required. The operator listed the key figures involved with this production in a statement yesterday:

Orange is also using the event to improve coverage on its network at key points. It is adding 13 reinforced mobile facilities to ensure 100% 4G coverage in the towns that the tour passes through over the course of its 21 different stages. It has added a permanent 4G antenna, accelerated deployment of 3G and 4G in 250 municipalities and added eight WiFi networks to offer speeds of 20 Mbit/s at different points in the route, to ensure high-quality coverage throughout.

Security is also an issue, so Orange will provide 24-hour video surveillance in the village using four to six cameras, fiber cable from the camera to the PC, joysticks, image stills, instantaneous storage and PC security.

And of course, there's an app for that. The official Tour de France mobile app provides information on the Tour in real-time on smartphones and tablets. Fans can follow the race on an interactive map offering statistics on distance, rankings and so on as well as news and updates.

A video from Orange details how it provides connectivity for the event, but hélas, pardonne-moi -- it's only available en Français.

242ak 7/3/2017 | 4:33:09 AM
Re: Tour de France I think most races are like that, other than track events like the 100 metres. Formula One is kind of the same, though with that at least they have to go by repeatedly to complete the race. But it's even faster. Much more engaging when you are watching on TV and can follow the individual riders.
Reply | Post Message | MESSAGES LIST | START A BOARD