Jeff Binder, the exec who has been leading T-Mobile's Home and Entertainment unit following last year's acquisition of Layer3 TV, has left the company effective May 1, T-Mobile confirmed to Light Reading.

Prior to T-Mobile, Binder was CEO of Layer3 TV, the Denver-based pay-TV service provider that T-Mobile acquired in January 2018 for about $318 million. That acquisition led to the recent launch of TVision Home, a rebranded and enhanced version of Layer3 TV's in-home pay-TV service that starts at $90 per month and is initially available in eight major US markets. T-Mobile is also developing a mobile, nationally available TV service. 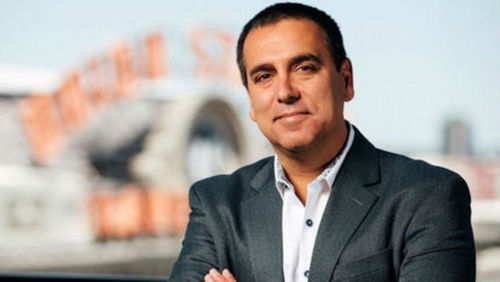 Before joining T-Mobile, Binder was CEO of Layer3 TV, the Denver-based provider of IP-based video services.

T-Mobile said Robert Gary, an SVP there, has stepped in as GM of Home & Entertainment, reporting to company COO and president Mike Sievert, who is now responsible for both TVision and T-Mobile's home Internet initiative.

T-Mobile noted that combining TV and home Internet under one common management structure is the next logical step in delivering integrated TV and home broadband service bundles.

T-Mobile CTO Neville Ray called TVision Home "the beginning of the journeyWe'll have more to say about it later this year."

The exact circumstances of Binder's departure were not announced, but T-Mobile credited Binder for getting the new TVision product off the ground, and said Binder is now preparing to get back to his roots as an entrepreneur. Binder was also the CEO of Broadbus, a VoD server startup that was acquired by Motorola in 2006.

Earlier this week, GeekWire, citing an internal memo, reported of several other leadership changes at T-Mobile along with a more centralized structure ahead of its proposed merger with Sprint. Changes include the coming exit and retirement of Metro president Tom Keys, and having the role of Jon Freier, now EVP of retail sales, expand to also lead Metro by T-Mobile sales.

That same memo added that Nick Drake, EVP of marketing and experience, is taking on a new role and take on a "confidential new initiative" at T-Mobile.