Disney+ Could Blow Away Subscriber Forecasts

Las Vegas -- NAB 2019 -- As The Walt Disney Co. prepares to provide a first glimpse of its coming premium subscription OTT offering, most industry observers already believe that Disney+ is going to be a big winner.

In fact, some believe that recent forecasts for the service, expected to launch later this year, are way too low. Of recent note, MoffettNathanson predicted that Disney+ will nab 7.1 million subs in its first year and expand to almost 24 million by the end of 2022, while acknowledging that their forecast is somewhat conservative given that the full details of the service (including price and overall scope of the content) isn't known yet. Disney is expected to provide additional detail about Disney+ and demo the service this afternoon during the company's investor day.

Which New OTT Entrants Will Stand Out? 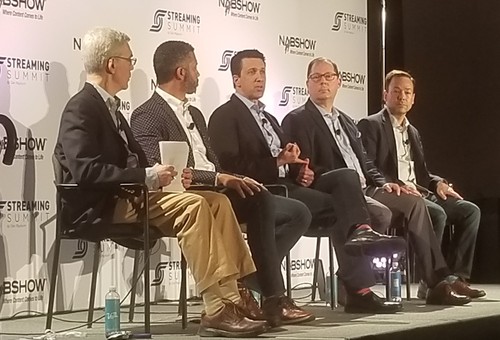 Armed with its brand, marketing muscle and its broad array of popular titles and new original content, Disney, he said, will have little trouble grabbing a big piece of the pie and building the baseline of its new direct-to-consumer business without having to rely on carving into the subscriber bases of rivals like Netflix and Amazon.

By contrast, other new SVoD services on the way from companies like WarnerMedia, NBCU and even Apple, "will have to steal other people's lunch money."

Brett Sappington, senior director of research at Parks Associates, agrees that Disney+ has the best shot at being wildly successful, and that securing fewer than 23 million Disney+ subs globally by 2023 would vastly "undershoot" expectations.

But Sappington also stressed that Disney is taking on some additional risk with a direct-to-consumer offering, as the company won't get the same guarantees that Disney locks down when licensing its content to others. "That's really a big bet for Disney," he said.

And the bar of success is getting high for top media companies getting into the direct-to-consumer streaming market. Quickly eclipsing 1 million subscribers now is considered a "low threshold" for this group of new SVoD services, Sappington said. But he noted that it's still hard to determine how this new batch of OTT services, such as Apple TV+, will fare until more is known about what they'll charge and what the full composition of their respective content libraries will be.

Nii Addy, head of marketing at OTT-TV service Philo, argued that judging these new players on subscribers alone is a "false equivalency" because each company behind those services is a bit different and can pull different levers to help make their new offerings successful. By way of example, he noted that while Disney+ is a pure content play, Apple also has its hardware and software platforms to lean on, and AT&T has a "full stack" in the home (content, services and hardware).

"I don't know if it [the competition] is going to be head-to-head in that sense," Addy said.

Panelists also discussed the topic of subscription fatigue and the number of OTT services the average consumer would be willing to pay for as the paid video marketplace continues to expand and fragment.

Mitch Weinraub, director of product development for AirTV, and director of advanced video products at Dish Network and Sling TV, suggested that three to five services could be the sweet spot, but, with a nod to the aggregation model, said consumers might want to access them through one or two apps rather than accessing them all in their individual app silos.