AT&T may have some good news to share as it gets ready for its next quarterly earnings report.

A new beta software update announced by Reddit users and spotted by DSLReports suggests that the telco is getting closer to launching the long-awaited cloud DVR feature for its over-the-top video service, DirecTV Now. 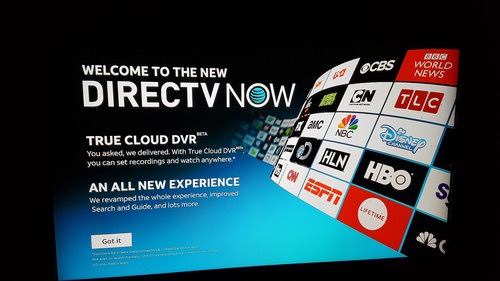 According to forum users, AT&T Inc. (NYSE: T) bumped up the software version of its DirecTV Now beta service from 1.xx to 2.0 across several platforms, and in some cases the word beta has been removed. Select subscribers have been testing the beta software, which includes the cloud DVR feature in addition to graphics updates and other performance enhancements, for several months. The latest refresh has users speculating that a commercial launch is near... more than nine months after AT&T first confirmed it would add digital video recording to the OTT service. (See AT&T Unveils Next-Gen Video Platform .)

AT&T has gone all in on DirecTV Now as its traditional pay-TV business continues to slide. The company lost 207,000 U-verse and satellite TV customers in the fourth quarter, but added 360,000 DirecTV Now subscribers at the same time. Unfortunately for AT&T, the margins on the OTT offering are slim, meaning the customer tradeoff isn't a good one for the bottom line. But the telco continues to believe that video is critical for its future, both as a way of reducing wireless churn, and as a vehicle for selling targeted advertising. (See AT&T Spotlights Next-Gen Video Plans.)

There are other updates in the works for DirecTV Now too. Some users have mentioned seeing a PBS logo appear in a new DTV Now graphic, hinting that the public television channel may soon be included in the bundle. And AT&T itself has talked about upgrades that include 4K video support, a third concurrent video stream allowed for each account, individual user profiles and an expanded library of on-demand content.

The service provider has also said that it's planning a thin-client streaming device for home viewing with DirecTV Now. According to CEO Randall Stephenson, the device will include a voice-controlled interface and will provide access to other OTT services like Netflix and Hulu as well.