Comcast has become the first major pay-TV provider to allow its video service customers to sync their accounts with Movies Anywhere, a studio-backed digital movie purchasing service that lets users play back titles on a broad range of devices.

The agreement announced Thursday will enable Comcast Corp. (Nasdaq: CMCSA, CMCSK) subscribers that purchase movies from Movies Anywhere digital retailers to view them on X1 set-top boxes, the Xfinity Stream app (for mobile devices and Web browsers) and other Xfinity TV platforms, including the Comcast app, still in beta, for Roku devices. 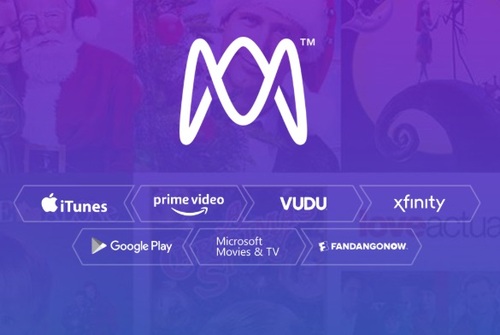 Movies Anywhere is adding Comcast to its growing list of digital distribution partners.

In its first year, Movies Anywhere said it has attracted about 6 million registered users, and estimates that the service has "collected" more than 150 million movies. The studio-backed effort also claims that its users have streamed more than 35 million movies on 100 different devices, equaling about 1 billion minutes of viewing. A subset of titles in the Movies Anywhere's library is available in 4K.

Comcast breaks out of its EST silo
The integration with Movies Anywhere essentially breaks Comcast out of its own electronic sell-through (EST) silo. Comcast launched its own EST service, called the Xfinity Digital Store, in 2013. The deal also gets another major content distributor behind KeyChest, a cloud-based, digital locker/authentication system original developed by Disney.

Movies Anywhere and its KeyChest technology share some similarities with UltraViolet, a rival cloud-powered digital locker service that debuted in 2010. Supporters of UltraViolet include Sony Pictures, Verizon Fios, Paramount Pictures, FandangoNOW and Vudu. A set of major studios -- 20th Century Fox, Lionsgate and Universal Pictures -- dropped support for UltraViolet with new releases, with Universal pulling catalog titles as of September 18, according to Variety. (See Consortium Labels Its TV Everywhere Locker.)

To join in, Comcast subs will need to create a Movies Anywhere account, and then connect their Xfinity TV account as well as others from digital retailers that are linked into Movies Anywhere.

To help prime the pump, Xfinity TV customers that sync their account to Movies Anywhere will get access to a digital copy of Happy Feet, and those who sync up with two digital retailers will also get The Martian and The Fate of the Furious.

Let's get (less) physical
The popularity of EST options ties into a larger trend that has seen consumers migrate to digital purchases and rentals and away from physical media (Blu-ray and DVDs). In October, The Digital Entertainment Group said EST spending rose 18% in Q3 2018.