Comcast confirmed that it has yet to reach terms to bring its Xfinity Stream app to Apple TV devices "at this time."

There's nothing to indicate when Comcast Corp. (Nasdaq: CMCSA, CMCSK) and Apple Inc. (Nasdaq: AAPL) might reach such terms, but it's pretty clear to me that "at this time" means that the situation isn't permanent and that Comcast will eventually bring its authenticated pay-TV app to Apple's TV platform.

After all, the companies do have a history -- Comcast has developed an iOS app for the Xfinity Stream that runs on iPads and iPhones, and Comcast also allows its pay-TV customers to authenticate on individual programmer apps that are available for Apple TV.

So, why are we hashing through this now? It's mostly in an attempt to make sense of a confusing report from BESTAppleTV, which claims that Comcast not only will "pass" on Apple TV, and that Comcast told Apple as much directly in December, but will likewise ramp up streaming efforts on Roku's rival platform. The report, quickly parroted by other media outlets, then tries to connect some of this activity to NBCU's plans for a direct-to-consumer service and Comcast's plans to lean on some of the technologies driving Sky's Now TV OTT service, which happens to be offered on Roku-powered devices. The report also cites a source holding that the chances are "slim to none" that Comcast would develop an app for Apple TV within the next two or three years.

One of the facts to take from the report is that, yes, Comcast has not yet developed an app for Apple TV, as the companies have not come to terms. Why they haven't yet isn't something they're talking about.

But it's fun to speculate why. Apple and Comcast could be fighting over how viewership data is obtained, used and shared. Then again, perhaps Comcast doesn't view Apple TV as a platform it needs to prioritize, given its lagging position in the OTT device market. According to the most recent data from eMarketer, Roku had about 32.4% of the streaming player market, ahead of Amazon's Fire TV (26.6%) and Apple TV (13.2%). And maybe, just maybe, Apple wants to add a clause that would have Comcast integrate iTunes with the MSO's X1 platform as Apple spins up a service around its original TV and movie productions and looks to have that content distributed on more non-Apple platforms. (See Apple's Walls Come Tumbling Down With Samsung TV Tie-Up.)

But it also seems that the report is conflating several separate activities and lumping them together into a narrative that seems to say: Comcast and Roku are connected at the hip, and so Comcast may never put its Xfinity Stream app on Apple TV.

But we'll try to break out some of those elements, as most of them are not interconnected and have nothing to do with Comcast putting its Stream app on an Apple TV device:

However, BESTAppleTV seems to be a bit confused here with respect to Now TV, thinking this meant Comcast is looking to "take the already-developed technology and re-package it for distribution on Comcast-labeled Roku boxes to its Xfinity cable subscribers sometime in 2020, but not on Apple TV devices." That's not what I took away based on what was explained on the call. 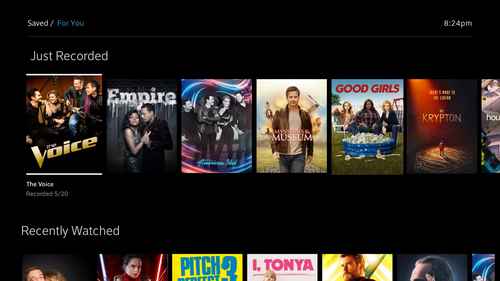 Comcast's Xfinity Stream app for Roku TVs and players has been in beta for more than two years.

But the report is right that not having the Comcast Xfinity Stream app on Apple TV isn't good for Apple's video- and TV-related agenda. Notably, Charter Communications Inc. and Apple are working closely together on a device/app relationship that lets Charter pay-TV subs purchase an Apple TV 4K device as part of their subscription for $7.50 per month (over a span of 24 months), along with support for Apple's new "zero sign-on" experience. (See Charter Launches App For Apple TV.)

Meanwhile, Comcast is also looking to use a streaming device outfitted with its own X1 platform to connect with broadband-only customers. That product, still in testing, will integrate Netflix and other OTT-sourced apps and give users the ability to upgrade to one of Comcast's pay-TV packages, probably via the Xfinity Stream app. (See Comcast Vetting Video Streaming Box for Broadband-Only Subs.)

Update: On Monday, February 4, Comcast put out a statement regarding last week's story, noting that the company is "actively in talks" with other device makers to distribute Comcast's Xfinity Stream app:

"BestAppleTV ran a story last week that contains numerous inaccuracies and wrongly conflates individual business dealings and relationships from Sky, NBCUniversal and Comcast Cable. To be clear, Comcast Cable is deeply invested in development and innovation of its flagship whole-home platform, Xfinity X1, that is changing the way millions of people watch TV and manage the connected home. While more than two-thirds of our Xfinity TV customers have X1 today, we also provide our customers choice and flexibility in accessing their video subscription on their owned devices. Xfinity TV customers can currently access their subscription via the Xfinity Stream app on iOS and Android mobile devices, and on computers and laptops via the Xfinity Stream web portal.

"Customers can also access their subscription on the TV via the Xfinity Stream app for Roku devices and Samsung smart TVs (and soon LG and Sony smart TVs as well), or use their Xfinity credentials to authenticate more than 130 networks across more than 20 devices including Apple TV, Roku, Amazon Fire TV, Google Chromecast, and Xbox One, among others, or via CableCARD devices like TiVo. And Comcast Cable is actively in talks with other device manufacturers to distribute the Xfinity Stream app, under terms that are mutually agreeable, through the Xfinity TV Partner Program, which continues to enable us to efficiently and effectively expand the range of devices our customers can utilize to access their Xfinity TV subscription."

SteveOliver 2/5/2019 | 10:47:37 AM
Is it worth buying Apple TV So, most of the objective problems that Apple TV has today are just a matter of time. As a result, the question can remain only with YouTube.

But the subjective (for example, price) is the positioning of Apple on the market. The company focuses on the top and is not going to compete with the Chinese.
⁉️ The final question is whether to buy a new Apple TV? If you have or are planning a TV with 4K and HDR support - definitely, yes. If not and will not plan - maybe No.

A deluge of new premium OTT video services paired with consumers staying at home during the pandemic have caused streaming subs to bounce around, TiVo finds in its latest Video Trends Report.

Peacock gets into a sporting mood

More live sports could head to the NBCU's fledgling streaming service and help to fulfill its vision as a 'next-generation broadcast network' following the coming shutdown of the NBCSN sports net.