Amazon's Fire TV and Roku have already established the high ground in the so-called "streaming wars," but TiVo's CEO hopes the company's new Android TV-powered product will do well enough to also score a few victories as the top platform players continue to scrape and claw for consumer adoption and acceptance.

Getting that product off the ground is the top near-term focus for TiVo even as it moves forward with its Xperi merger. 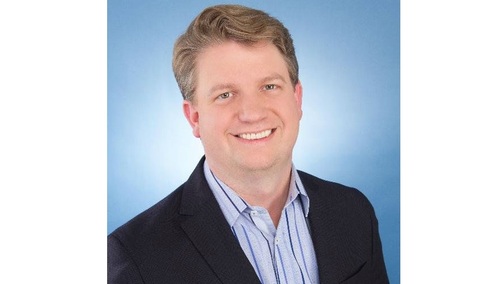 "My first priority is to make this TiVo Stream product really kick butt and get out there in the market and have an amazing response," David Shull, TiVo's CEO, said Tuesday at the Needham Growth Conference. The discussion spanned TiVo's current product plans and why he believes the company's proposed merger with Xperi makes more sense than having TiVo pursue a previous path to split its product and intellectual property businesses on its own.

Introduced last week at CES, the TiVo Stream 4K is a small, Android TV-powered dongle that will blend and integrate over-the-top apps with pay-TV services, with Sling TV on board as the first preferred partner from the virtual MVPD arena and support for cloud DVR services. The TiVo Stream 4K is set to go on sale in April for $49.99.

In addition to selling the TiVo Stream 4K at retail, TiVo also intends to distribute it through cable operator partners that want to retain a video relationship with broadband-only customers and subscribers who have otherwise cut the cable pay-TV cord. 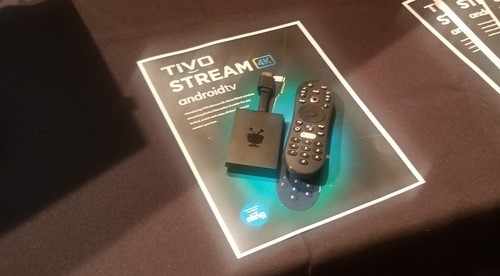 But as TiVo prepares to merge with Xperi, TiVo's future is also centered on unshackling its software and user experience from set-top boxes.

"We need to get off the hardware," Shull said. And by "hardware," Shull is really talking about set-top boxes with on-board DVRs. One key aim of the Xperi deal is to help TiVo form a tighter bond with another type of hardware -- connected TVs.

Xperi already has some of its technologies, including chipsets and codecs, embedded in millions of smart TVs around the world. That's "not necessarily sexy stuff," but it also represents an important path for TiVo's technologies and platform to take, he said.

"We could've figured it out ourselves... but I think we'll be able to accelerate it on a combined basis," Shull said.

Connecting with cars
Among other benefits Shull sees with the Xperi merger is the potential for TiVo's technology to move more aggressively into the connected automobile market. The idea there is to take advantage of Xperi's existing position in that market and its presence in tens of millions of cars, thanks to brands such as HD Radio, in-cabin monitoring services and integrations of Xperi's DTS audio processing technology.

Shull believes TiVo can help the combined company make an even broader play in the automotive sphere using its mix of user interface technologies, recommendations engine and metadata services (music streaming services such as Spotify and Pandora already use TiVo metadata). That, in turn, can help Xperi develop a more comprehensive in-cabin platform that car makers can use to serve up and deliver content rather than requiring drivers and passengers to link their smartphones to the car's entertainment system.

TiVo had started to sell into the automobile sector prior to the Xperi deal, but believes the merger will help to grease the skids.

"I've got five guys and a dog working on the auto space. They've got a little bit more than that," Shull said. "They [car makers] need a way to make a unified audio discovery experience that integrates that content. That's something we know how to do; that is something we have the metadata to do."

But he believes the combined scale will be of value to both TiVo and Xperi. The company, once combined, plans to travel the path TiVo had set upon before the deal was announced and eventually split out its IP/licencing and products businesses.