In what could represent the start of a shakeout of an overcrowded market of OTT-delivered pay-TV services, Sony is exploring the sale of PlayStation Vue, its four-year-old virtual MVPD, The Information reported Thursday.

According to the report (subscription required), Sony hired Bank of America Merrill Lynch "several months ago to explore a sale" of PS Vue, including its technology and its base of about 500,000 subscribers. Though not profitable, PS Vue could be valued in the "tens of millions," The Information reported. 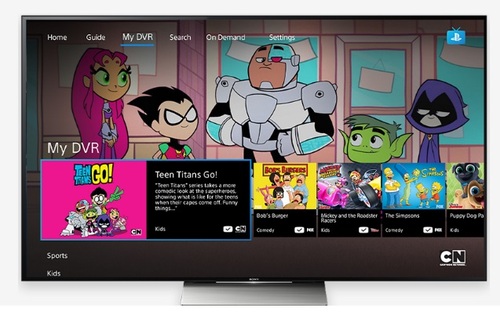 PlayStation Vue, one of the first virtual MVPDs, now faces competition from more than a handful of other OTT-delivered pay-TV services such as YouTube TV, AT&T TV Now, Hulu and Sling TV.

Sony's reported pursuit of a possible sale of the OTT service comes as activist investor Daniel Loeb has agitated for Sony to restructure and boost its stock price, the report added.

Among those approached about the sale is fuboTV, another virtual MVPD that started out as a sports-focused service but has since expanded its menu of entertainment-oriented networks and programming, The Information noted. fuboTV declined comment to The Information.

Early to the OTT-TV game
As one of the first virtual MVPDs looking to gain ground with cord-cutters using slimmed-down programming packages, PS Vue launched in March 2015 initially in three markets (New York, Chicago and Philadelphia) prior to developing a product that it could sell on a national basis. One interesting aspect of PS Vue in the early going was a cloud DVR that allowed unlimited recordings, with the caveat that recordings would expire after 28 days.

After first focusing on PlayStation consoles, PS Vue later expanded to several other platforms, including web browsers, mobile devices, Roku players and Roku TVs, Amazon Fire TV devices, Apple TV boxes and Android TV devices. PS Vue has since added other features such as multi-view (up to three live channels on one screen, when the service is viewed on PS4 consoles and Apple TV boxes); up to five simultaneous streams and up to ten individual viewer profiles.

Pay-TV sector struggles
Like other traditional pay-TV providers and virtual MVPDs, PS Vue has not been immune to the rising costs of programming, a position in negotiations that has been made worse by PS Vue's relatively small subscriber base. Last summer, for example, PS Vue increased the cost of its three multichannel plans by $5 per month.

PS Vue has also been challenged by the sheer number of competitive virtual MVPDs in the market, such as Hulu (live), YouTube TV, Philo, AT&T TV Now, Sling TV, fuboTV and relative newcomers such as Vidgo.

Virtual MVPD subscriber gains have also failed to offset the overall erosion of US pay-TV. In Q2 2019, US pay-TV (including OTT services) lost 1.04 million subs, down 2.8% year-over-year, according to MoffettNathanson estimates. Meanwhile, virtual MVPDs added 430,000 subs in Q2 2019, well off the 756,000 subs added in the year-ago period.

The challenge to gain and retain OTT-TV subs has also been amplified by the gravitation of consumers to subscription VoD streaming services such as Netflix and Amazon Prime Video, as well as a new batch on the way from Disney (Disney+), Apple (Apple TV+), WarnerMedia (HBO Max) and NBCUniversal (Peacock).

mroberts 10/27/2019 | 8:27:53 AM
Ambitious Project Playstation Vue was an ambitious idea but just couldn't catch on. I bet if you stopped someone on the street and asked them if they'd ever heard of it, you'd get a blank look. I have a feeling Sony is going to have a hard time selling.