Roku's Q3 revenues were $260.9 million, up 50% year-over-year, and higher than guidance of $252.5 million. But that wasn't enough to overcome a net loss of 22 cents per share versus 9 cents in the year-ago quarter.

Platform revenue, which encompasses advertising, subscription revenue sharing and software license fees, surged 79%, to $179.3 million. Player-related revenues rose 11%, to $81.6 million year-on-year, but declined by $800,000 from the prior quarter. 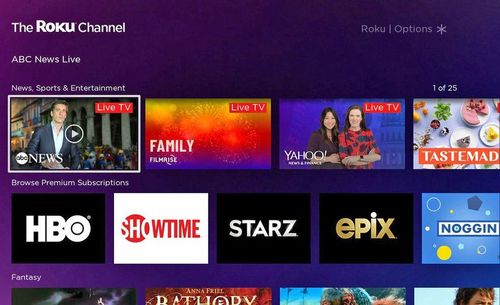 The Roku Channel, a curated selection of free, ad-based content and subscription-based services, has become a key driver to Roku's Platform business.

The financial hiccup for Roku was the wider year-on-year net loss along with the lowering of its 2019 adjusted EBITDA outlook -- to $30 million from $35 million -- due to a $5 million "headwind" in Q4 2019 related to operational and other expenses linked to its recent acquisition of ad-tech company dataxu. Although Q3 revenues were better than expected and Roku raised its full-year revenue guidance, those blips caused Roku shares to drop 15%, to $119.83 each, in after-hours trading Wednesday.

Roku, whose primary competitors in the streaming platform arena are Amazon (Fire TV), Apple (Apple TV) and Google (Android TV and Chromecast), said it added 1.7 million active accounts in Q3 (up 36%), boosting its total to 32.3 million.

Streaming hours on Roku's platform (including standalone players and integrated Roku TVs) increased by 0.9 billion hours in the period, to a total of 10.3 billion.

In a letter to shareholders, Roku said the entry of SVoD services from major media companies such as Disney+ and Apple TV+ "are likely to reinforce consumer interest in moving from traditional pay TV to streaming -- and to the Roku platform." Apple TV+ launched an app for Roku when the service launched on November 1, and Disney+ will do the same when that service debuts on November 12.

But targeted, data-driven advertising on Roku's platform will remain a major contributor. The acquisition of Dataxu "will help accelerate our advertising product roadmap and our strategy of providing marketers with an integrated, data-driven solution to plan, buy, and optimize their ad spend across TV and OTT," the company said.

Roku expects Platform revenue to represent about two-thirds of total revenue, including about $13 million coming from dataxu, in Q4.