Netflix Q3 subscriber and financial results were mostly in line with expectations, but the OTT video giant warned of "modest headwind" to near-term growth as companies such as Disney, WarnerMedia and Apple prepare to launch new subscription streaming services.

Netflix added 6.77 million paid global streaming subs in Q3, up 21.4% year-over-year, extending that total to 158.33 million. Netflix, which said the total paid net adds in Q3 were a record for the period, was expecting about 7 million sub adds worldwide in Q3. 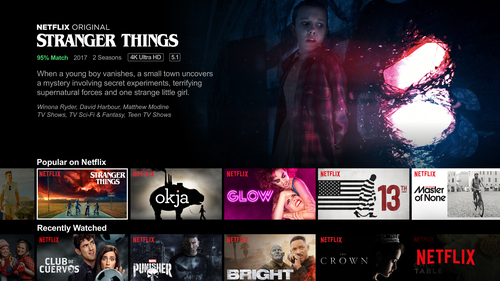 Netflix's international subscriber base is flourishing while its US streaming totals slow down in what's become a saturated market for the OTT giant.

Just 500,000 net adds in Q3 originated from the US, down from the 800,000 forecasted. International net adds of 6.3 million were slightly above Netflix's expected 6.2 million. Netflix noted that sluggish US growth was due partly to recent price increases.

Competition cometh
Despite some possible near-term, growth-reducing headwinds, Netflix downplayed the impact of the "streaming wars" expected with fresh competition coming from Disney (Disney+), Apple (Apple TV+), WarnerMedia (HBO Max) and NBCU (Peacock). The company noted that this is nothingn new -- it has been competing against other OTT services, like Amazon, YouTube and Hulu, as well as linear TV, for more than a decade.

Netflix also believes that a large market opportunity remains for the OTT service to cut more deeply into traditional TV viewing time using its sizable and diverse content library. "[T]oday we believe we're less than 10% of TV screen time in the US (our most mature market) and much less than that in mobile screen time," Netflix said in its Q3 investor letter. "While the new competitors have some great titles (especially catalog titles), none have the variety, diversity and quality of new original programming that we are producing around the world."

Update: Netflix CEO Reed Hastings amplified the company's positioning on Wednesday afternoon's post-earnings Q&A. "Fundamentally, it's more of the sameand Disney is going to be a great competitor," he said, when asked to provide more color on the coming wave of new OTT services.

He also likened the dynamics of the growing direct-to-consumer landscape to the earlier days of cable TV, holding that those channels have not really been in competition with each other in recent decades, but have instead been competing with traditional broadcast TV. "I think it's the same kind of dynamic here," Hastings said.

At the same time, Netflix will continue to explore integrations with pay-TV providers worldwide. Those partnerships don't drive a lot of new subs, but they do represent "a nice incremental acquisition channel for us," Gregory Peters, Netflix's chief product officer, said.

Starting with Q4 2019 results, Netflix will start to break down revenue and subscriber numbers for the following four regions: Asia Pacific (APAC); Europe, Middle East & Africa (EMEA); Latin America (LATAM); and the US and Canada (UCAN).

ryanbabraham 3/16/2020 | 2:38:11 AM
Great Article I might want to thank you for such incredible data. This article share instructive and exciting information about the global streaming subscription services and this idea introduced here to accumulate multiple streaming videos. Thank you so much for sharing this with us all.
Reply | Post Message | MESSAGES LIST | START A BOARD