Faced with a surge of high-quality competition from rivals with deep pockets, pressure on pricing power and threats to its content licensing strategy, Netflix is in big trouble, right?

Not so fast, says Richard Greenfield, the industry analyst who recently started up a new firm, LightShed Management, following several years at BTIG. Those concerns and issues, now seemingly driving Wall Street's recent dim view of Netflix, are both misunderstood or overblown, the analyst said last week in a research note (registration required) that spelled out why he slapped a "Buy" on the stock along with a $375 price target. Netflix was trading at $285.24 -- up $2.31, or 0.82% -- in early Monday morning trading. 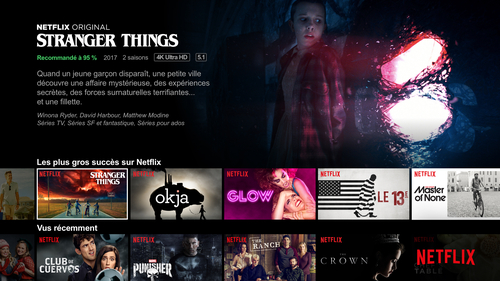 Greenfield's more positive and somewhat contrarian view on Netflix's future enters the frame a few months after the SVoD giant turned in a disappointing Q2 and just ahead of the anticipated release of the company's Q3 numbers on Wednesday afternoon (October 16).

With respect to competition, Greenfield is not overly concerned about new direct-to-consumer offerings from Disney (Disney+), Apple (Apple TV+), Warner Media (HBO Max) or NBCUniversal (Peacock), noting that other services considered rivals to Netflix, such as HBO Now and Amazon Prime Video, actually did more good than harm to Netflix in the past four years or so. That's because consumers are increasingly gravitating to binge-focused, SVoD OTT options and pivoting further away from traditional pay-TV, which, in the US, is expected to witness a subscriber base decline of 5% in 2019, he points out.

"Four years later, we are even more confident that competition is more friend than foe to the Netflix investment thesis," Greenfield wrote. "In what we are calling the #PostBundle world, Netflix is firmly cemented as the global leader."

As more consumers leave pay-TV, it will effectively "free up wallet share for SVoD services such as Netflix," he adds.

Greenfield also labeled "absurd" the notion that Netflix has lost its pricing power amid Disney+'s introductory price of $6.99 per month and Apple TV's base price of $4.99 per month (or a free year with the purchase of any new Apple device). He says Netflix has faced this kind of threat before and come out of it just fine.

"We remember everyone telling us that Netflix was in deep trouble when Amazon started giving Prime Video away to tens of millions of Prime subscribers, not to mention Hulu's ad-supported option has been cheaper than Netflix for years," Greenfield explained. "Neither has prevented Netflix from growing its subscriber base dramatically. In fact, the cheaper price of these services actually lowers their competitive threat, as they do not take significant consumer wallet share."

By the same token, he points out that HBO, despite its premium price compared to Netflix, has not collapsed, but rather has continued to grow.

Content claw-back not a monster threat
Netflix is also threatened from a licensing standpoint as studio powerhouses such as Disney, WarnerMedia and NBCUniversal claw some popular titles back for their own direct-to-consumer services. Greenfield believes that fear is "overblown" even as the shift of some series such as Friends (Warner Media) and The Office are more limited to the US. Meanwhile, many of Netflix's other licensing agreements, for other series such as Grey's Anatomy, "have long tails" and will continue to be distributed by Netflix for years to come, Greenfield notes.

The analyst is also doubtful that the loss of a high-profile title like Friends will have a "meaningful impact on churn," given the overall volume of Netflix's library of original and other licensed fare.

Though Netflix and its ability to be profitable is no doubt under pressure due to the spending necessary to keep its vault of originals stocked, Greenfield also believes that Netflix will generate more ARPU on a global basis in the years to come. He expects Netflix's domestic ARPU to rise from $12.74 last quarter, to $16.17 by 2023, with international ARPU rising from $9.43 to $12.73 over that same timeframe.

Like what we have to say? Click here to sign up to our daily newsletter
COMMENTS
Newest First | Oldest First | Threaded View
Add Comment
Be the first to post a comment regarding this story.
EDUCATIONAL RESOURCES
sponsor supplied content
Video Platform Infographic
Direct-to-Consumer Solution Brief
Educational Resources Archive
More Blogs from The Bauminator
Kimberly Maki lends SCTE a helping hand