Pouring more resources into its over-the-top video strategy, AT&T has snapped up a controlling interest in Otter Media, a joint venture that AT&T and The Chernin Group launched in 2014.

They didn't reveal the value of the deal, but AT&T Inc. (NYSE: T) said it would not have a material effect on its first-half 2018 results, when the bulk of the deal was funded. Analysts value the sale to AT&T at about $1 billion, according to The New York Times. AT&T and The Chernin Group originally committed $500 million to the project. (See AT&T's OTT Venture Buys Creativebug, Calls Itself Otter Media.) 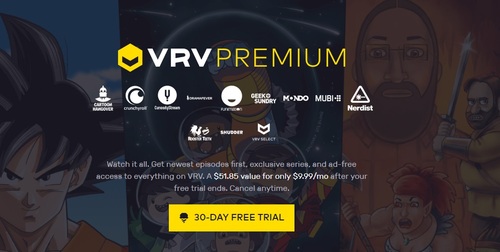 As an SVoD aggregation service, VRV hawks an array of OTT services on a standalone basis and in a deeply discounted bundle.

AT&T hasn't disclosed Otter Media's revenues or if it has managed to achieve profitability, but claimed that Otter Media's properties and services have a combined global audience of more than 93 million unique monthly consumers, and are on pace to deliver more than 75 billion video views this year. Otter Media's SVoD services have more than 2 million paying subs, AT&T said.

Otter Media will become part of WarnerMedia, the unit formed following AT&T's acquisition of Time Warner Inc. Tony Goncalves, an exec who came to AT&T via the DirecTV merger and was named CEO of Otter Media in February, will continue to run the company and report to WarnerMedia CEO John Stankey. (See DOJ Says Judge Erred in AT&T-Time Warner Merger Appeal .)

The deal gives AT&T full ownership of a broader mix of digital assets. Though the long-term strategy for the deal hasn't been revealed, Goncalves told the Times to expect to "see a good amount of cross-pollination."

That seems to hint that AT&T could use Otter Media's content to enhance and differentiate AT&T's OTT TV services, including DirecTV Now and WatchTV, a new sports-free skinny bundle featuring more than 30 linear channels and a VoD library that AT&T will offer for free to mobile subs on two new unlimited data plans, and for $15 per month as a standalone service.