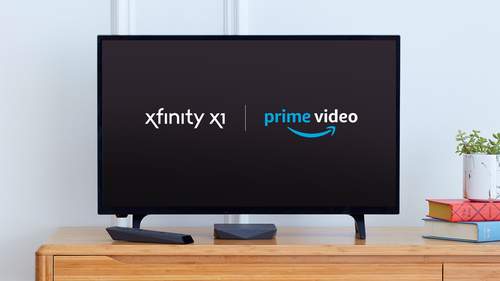 Under the integration, Amazon Prime Video's library, which includes originals such as Goliath, Sneaky Pete and The Man in the High Castle and past seasons of licensed TV series like Suits, The Americans and Mr. Robot, will be tied into the X1 search system, including the X1 voice remote. X1 subs will also have access to Amazon Prime Video's growing library of content in 4K and High Dynamic Range (so long as they have an X1 box and TV that supports those formats).

Financial terms were not announced, but in a seemingly sizable concession due to the competitive implications, Comcast's X1 integration will allow customers to access subscription VoD offerings from Amazon Channels, including those from premium programmers like Showtime and Starz.

Amazon Prime Video will come to X1 boxes via the public Internet so that content will be subject to Comcast's internet usage data policies.

The Prime Video integration enters play as Comcast tries to keep pay-TV losses in check with a video platform that blends access to its regular service with a curated mix of OTT content.

For Amazon, the integration will help to expose Prime Video to Comcast's pay-TV base. About 60% of Comcast's 21.07 million residential video subscribers are on X1. (See Comcast Asks Wall Street: Where Is the Love?)