NBCUniversal is exploring a $10 monthly fee for an ad-free, direct-to-consumer version of Peacock, its subscription VoD streaming service that's set to debut in April 2020, according to The Information.

The website, citing people familiar with the pricing plan, added that NBCU is also mulling a $4.99 per month price on an ad-supported tier of Peacock. 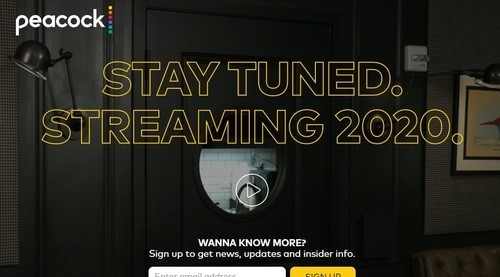 NBCU's Peacock streaming service will debut in April 200. More details about the service, including pricing, are expected to be revealed at an investor meeting set for Jan. 16, 2020.

Those are possible prices for standalone, direct-to-consumer versions of Peacock. NBCU also plans to offer an ad-supported version of Peacock as a free add-on for Comcast and Sky pay-TV subs, and is expected to pitch other pay-TV providers on distributing Peacock under a similar model. It's likely that NBCU will also enable pay-TV partners to sell a premium, ad-free version of Peacock.

More specific details about Peacock, now led by Comcast vet Matt Strauss, could emerge at next month's CES confab in Las Vegas, as NBCU is on tap to deliver a keynote there on the late afternoon of January 8. NBCU has also set an investor meeting, with a particular focus on its new streaming service, for January 16, 2020.

If the reported pricing holds true, Peacock's ad-free, standalone OTT service will undercut WarnerMedia's HBO Max service, which will launch next May starting at about $15 per month (an ad-supported version of HBO Max will launch in 2021), as well as Netflix's "Standard" plan, which fetches $12.99 per month. However, Peacock would still cost more than Disney+, which starts at $6.99 per month, and Apple TV+ ($4.99 per month).

A big challenge for all of those new services is reaching profitability amid the costs to market direct-to-consumer streaming services, distribute them over-the-top, license shows and movies, and produce pricey, new original content to keep subs engaged and avoid high levels of churn.

Earlier this year, Comcast/NBCU announced it expects to shell out about $2 billion over the first two years for Peacock. By emphasizing an ad-supported model and a focus on distribution through pay-TV partners, NBCU believes Peacock will reach profitably in year five.

Like what we have to say? Click here to sign up to our daily newsletter
Related Stories
COMMENTS
Newest First | Oldest First | Threaded View
Add Comment
Be the first to post a comment regarding this story.
EDUCATIONAL RESOURCES
sponsor supplied content
The VOD Factor
Just You, Me and the TV: Shifting to a Direct Customer Relationship Model
Video to the CDNth Degree: Multi-CDN Delivery Optimized for Big Video
Educational Resources Archive
More Blogs from The Bauminator
Locast's user base streams past 2.3M