The fourth-largest broadband provider in the UK, TalkTalk, announced the launch of a new TV platform with multiscreen capabilities yesterday.

The new TalkTalk TV platform will be launched early in 2018, and integrates live channels delivered on TalkTalk's YouView set-top boxes with on-demand content and apps from its TV Store and mobile platform. All of this content will be available via apps for iOS and Android devices, on Chromecast and via the web.

The multiscreen services will be offered for no additional charge to users, with a consistent user interface (UI) across all devices. Users can also pause a video on one device and pick up viewing on another at a later stage. The app integrates free and premium content as well as content available via the TV Store for pay-per-view or electronic sell-through transactions.

At first glance the multiscreen interface was quick and intuitive, and includes some useful customization features, such as only showing the content available to the user rather than everything the service offers. 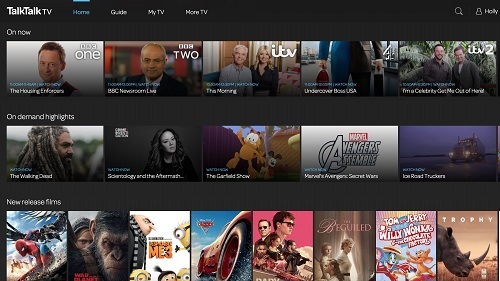 The multiscreen service is built on technology from the CSG International Ascendon platform. The technology vendor, known primarily as a billing systems provider, has been developing video distribution technology for TalkTalk for some time now. Both companies discussed the development work they were doing and the upcoming launch of the multiscreen service with Light Reading earlier this year. (See TalkTalk Tunes Into CSG for Its TV Reboot.)

The multiscreen element could be particularly attractive to younger customers, who are more likely to consume content on personal devices, and also prefer other aspects of TalkTalk's value proposition -- lower prices and rolling 30-day contracts.

TalkTalk is relatively late to the game, in the sense that competitor Sky's Sky Go multiscreen service has been up and running for years. But TalkTalk's proposition is built around value for money, and its lower pricing is a central part of its value proposition. It's more about providing "all this for less" rather than trying to keep up with the considerably wealthier and more premium brands like Sky.

But it is trying to differentiate in other ways. For example, it has launched a special feature aimed at pre-school children. Speaking at the OTT TV World Summit in London a few weeks ago, Will Ennet, acting managing director of TalkTalk TV, said that kids' programming was the most popular "Boost" package in TalkTalk's pay portfolio. 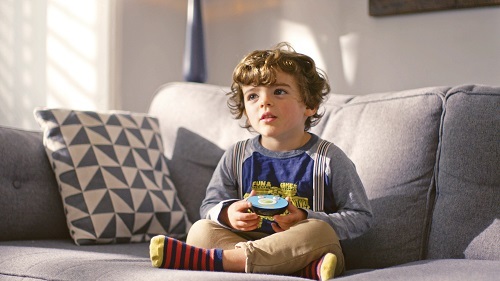 To better target and serve this segment, TalkTalk has created a special kids' zone within its VoD library that has safe, child-friendly content and no advertising. Parents can allow children access to this portal from the regular remote, but then the children can use their own special remote that can be purchased from TalkTalk. This is a simple, specially designed circular remote aimed at pre-school children so they can navigate their VoD content themselves.

It also includes a useful feature for harried parents -- a bedtime reminder set by parents that lets children know how much time they have left. Once it's bedtime, the video automatically switches off.

TalkTalk's fortunes have been mixed in recent years. In 2015, the operator's subscriber data was compromised in a security breach resulting in significant subscriber losses. And just weeks ago, shares fell on its earnings announcement when it disclosed it had run up £90 million in exceptional restructuring charges, leading to a £75 million loss that would affect full-year profits.

But the company has added 46,000 on-net subscribers in the past six months, cut subscriber churn from 1.5% to 1.3%, and added 161,000 fiber subscribers and 19,000 TV subscribers. The investment in improving and differentiating the TV experience could be an important business driver for the operator -- if it takes off.