The Apple TV+ announcement this week was a very important one for broadband providers. The world's most influential consumer brand just made a $1 billion-a-year promise that they get to fulfill. It'll be interesting to see if they realize this and can take advantage of the opportunity.

By way of its basket of new services, Apple announced Monday (March 25) it would compete more directly with everyone from Netflix and Amazon, to Citibank and Wells Fargo, to Sony and Utomik. But the consumer electronics giant is still not interested in building a fiber-to-the-home empire, nor is it starting its own 5G wireless network.

While pay-TV providers continue to lose customers to lower-priced, more flexible Internet streaming services, Apple TV+ and the $1 billion Apple is spending on original content signals that the war for every last ounce of consumer attention is just getting started. If you sell broadband services of at least 30-40 Mbit/s downstream -- via cable, fiber or 4G mobile device -- Apple is joining the ranks of companies that wake up early and go to work each day to help you generate demand for your service.

The pay-TV business, by contrast, is stagnating. The cost to keep providing pay TV channels -- which several providers offer, in every market -- keeps going up. Meanwhile, the companies that don't have the burden of supporting the old pay-TV business model -- Apple, Netflix and Amazon, to name a few -- are investing in original content.

However, the growth of new OTT services doesn't look like it will indefinitely come at pay-TV's expense. Ovum estimates that, at the end of 2018, about half the households in the US had at least one paid OTT service alongside a traditional pay-TV subscription. The research firm sees that being the case well into 2023. Pay-TV subscriptions will level off and paid OTT services will fight one another for leverage in the home. In doing so, they'll look for ways to stand out -- and broadband partners could help.

Critics contend that Apple's new offering lacks uniqueness, even as some of the world's most famous directors, actors and producers have committed to projects that will only appear on Apple's service. The twist is that Apple TV+ promises top-shelf entertainment and exclusivity -- "the world's most creative minds" delivering "original shows and movies across every genre." 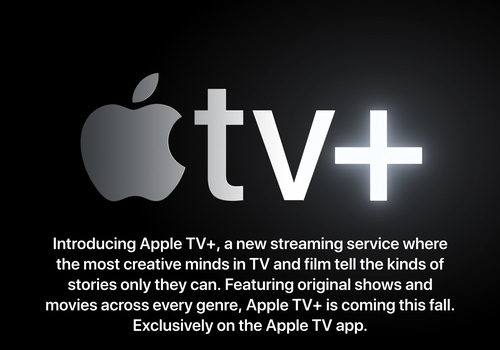 A premium content experience -- reinforced by Apple's device design aesthetic and its tendency to build device screens with superhuman resolution -- demands an exceptional broadband connection. For that, I'm sure Apple won't leave connectivity or content delivery to random chance.

The trail Netflix has blazed here is critical. Netflix cut a content streaming deal with Comcast in 2014, bundled its service with Comcast's X1 platform in 2016 and, in 2018, it offered Netflix subscriptions included in new Comcast Xfinity subscriptions. The pay-TV killer became a broadband customer and added some spice to the pay-TV stew.

Similarly, T-Mobile includes Netflix subscriptions as part of its T-Mobile ONE service plan, a move that encourages data use and retains customers. Netflix, which ranks ISPs based on how good of an experience they provide to streaming customers, has solidified its a halo effect: Just by offering the subscription, T-Mobile is proclaiming its network to be up to the task to streaming high-quality video, all the time. 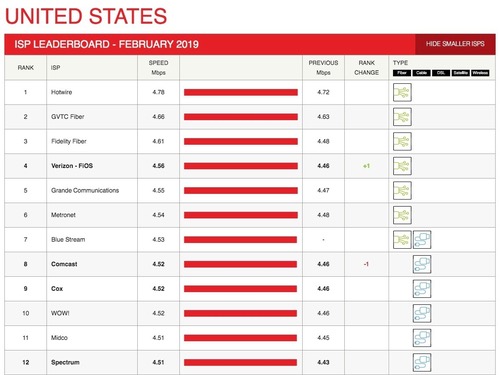 The Netflix ISP Speed Index says more about a broadband service than just about anything else.

It's really easy to blast Apple and say they don't know what they're getting into. I think they understand two very important mile markers in watching Netflix's journey. First, paying for high-quality original programming is worth the risk; it's a competitive edge. Second, Netflix struck the right deals and went from being the thing that carriers complained about to the thing that carriers proudly tout to retain customers.

For broadband providers, the question is not whether Apple TV+ is gunning for pay-TV subscribers (it's not) or whether it will topple Netflix (it won't). Instead, find out what Apple is willing to do to distinguish the Apple TV+ viewing experience as something truly unique. Can their networks help? Are they up to the task? If so, perhaps they'll tell their customers all about it.

I do think Apple:

1) Has a much bigger audience for its video and music streaming services than just iPhone users.

2) Should not worry about the wide availability of its content services diminishing anyone's appetite for an iPhone or any other Apple-made devices.

3) Should work with carriers and cable ops to offer really good service bundles for fixed and mobile broadband plans. Verizon already offers 6 mos. of Apple Music with its unlimited mobile plans. That's weak, but it's a start.

4) Should try the Amazon membership gimmick. What if AppleCard members suddenly could get all of Apple's content services for a low, flat rate, 2TBs of free iCloud storage, and a 10% discount at the company store? Such offers would drive loyalty and transaction volume and, as Amazon found out, people who pay you to be a customer tend not to churn as much.

Let's see what happens next.

Jeff Baumgartner 3/27/2019 | 8:57:21 AM
quid pro quo It's been interesting to see Apple start to embrace other streaming platforms (Fire TV, Roku some smart TVs) for the TV app and this coming, new premium streaming service. It's clearly an admission that Apple believes it'll need to go outside its device ecosystem to drive more scale into that business, even if that means that these other platforms will likely get a cut of the pie.

But to your point it makes me wonder if Apple's next big move will be to have not just its TV App integrated with more MVPDs (beyond Charter, fuboTV, Altice USA), but that it will also try to tie in the new Apple TV+ service to MSO-supplied set-top boxes and take the path that Netflix and Amazon Prime have taken.  Seems like it could be a good fit on Comcast's X1 platform and, in turn, Comcast could integrate its Stream app on Apple TV boxes -- wonder if that's all part of the negotiations happening between them that has so far kept Comcast's app off of Apple TV. (See: Comcast & Apple Don't Have a Deal (Yet) for the Apple TV).  JB
Reply | Post Message | MESSAGES LIST | START A BOARD
EDUCATIONAL RESOURCES
sponsor supplied content
The Economic Benefits of Juniper Apstra and CN2 in a Modern 5G Network
Location Data in the Digital Transformation Era
RAN Transformation for Dummies
White Paper: Security in Open RAN
Network Integration Case Study: Accelerating open vRAN deployment
How can you accelerate RAN deployments?
Coherent Optics: 100G, 400G, & Beyond: A 2022 Heavy Reading Survey
How video analytics can kickstart the edge opportunity for telcos
Educational Resources Archive
More Blogs from The Philter
An inside look at AT&T's 5G and fiber focus