If regulators can't stop big media and big distribution -- telco, cable and satellite -- from living under one roof, Comcast says it's time to build a bigger roof.

The cable giant today made a $65 billion bid to buy most of 21st Century Fox, the entertainment studio that has already reached a $52.4 billion deal to sell the very same assets to Disney. (See Comcast Makes $65B Bid for 21st Century Fox.)

What it mean for telecom and cable providers is that the major content creators -- the studios creating mass market entertainment with marquee brands -- are now the premium fuel to keep broadband businesses sustainable, profitable and differentiated for years to come. The implication, to hear the titans of this now completely different industry describe it, is if you don't have a content strategy, you're just pushing bits and investors may well shrug and walk away. 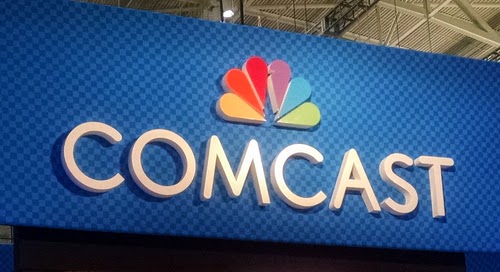 For mobile network operators, unique content has suddenly become table stakes. We were all going to settle for remote surgeries performed by robots to chew up our 5G data plans, but now we can tuck in and watch Bob's Burgers.

As 5G network buildouts are beginning and the US market for smartphones is all but saturated, one way to keep people using more -- more data, more screen time, more battery power, more minutes of attention on something besides a social network -- is to make sure there is ample content to be found under one sprawling roof.

Brian Roberts, Comcast's CEO, said on an investor call this afternoon that the real upside to a deal like this is not just saving money on every bit pushed and every show sent to every end device -- but this studio and its distribution assets give a massive company a chance to grow more massive. He notes the following ways this could happen:

"Taking IP [intellectual property] that Fox has and having that IP in our theme parks and consumer products operations. Taking production of television and movies and having that show up in different parts of the world on forums that Fox controls. The ability to truly become a major force for over the top distribution of our content and potentially content that we acquire, in the United States, in Europe, in India... the day the deal closes we will be operating over-the-top services in all those places."

What's more, Roberts does nod toward 5G networks and the fact that premium content is, and always has been, the killer app. "And all the technologies that are going to develop over the decades to come," he said. "The ability to have this, this footprint in content production and international distribution -- I think there are going to be many opportunities for this great company if we can put it together."

I think that Roberts said "if" as a mere formality. Unless Disney punches back or Fox folds, he's going to get this deal done and, emboldened by AT&T's massive win yesterday, he'll fight the Justice Department if they dare say otherwise.

For more on what led up to this takeover bid, please see:

kq4ym 6/26/2018 | 10:00:32 AM
Re: of growth & whatever I would wonder just how far vertical integration might travel as regulators have now opened the gates presumably for huge mergers and takeovers. Whether the content or the delivery service is more important will be moot as there becomes the possibility of almost monopolistic industry practices with those permitted mergers.
Reply | Post Message | MESSAGES LIST | START A BOARD

Phil Harvey 6/14/2018 | 12:04:32 PM
Re: of growth & whatever Also, I wonder about the idea that content growth is linear, which they seem to be saying for the sake of Wall Street. But some content takes off and some content won't, no matter how hard you promote it and how many screens it reaches.
Reply | Post Message | MESSAGES LIST | START A BOARD

mendyk 6/14/2018 | 9:18:25 AM
of growth & whatever The main factor that will drive the coming round of business aggregation is "growth" moreso than any sort of magical opportunity of the 1 + 1 = 3 variety. The case can be made that companies that get aggressive about acquisitions are doing so because management knows organic growth prospects are narrowing. The problem with buying growth is that 1 + 1 usually ends up being somewhat less than 2. But that's for the next group of CXOs to deal with.
Reply | Post Message | MESSAGES LIST | START A BOARD
EDUCATIONAL RESOURCES
sponsor supplied content
Scaling 5G IoT with NR-Light
How Educational Institutions Leverage New Communication Technology for Research and New Innovation Development
(eBook): 5G Testing for the Race to Revenue
Trends in the Communications Industry
How to Gain the Edge in the Fiber Broadband Boom
A new approach to billing for a new generation of customers
CBRS Spectrum and the Future of Private Wireless Networks
Smart Edge: Productizing Edge Deployment
Educational Resources Archive
More Blogs from The Philter
Deadline extended: 2022 Light Reading Leading Lights still open for entries