After helping Vodafone build and launch a cloud TV product, Nuno Sanches is taking his show on the road.

Sanches, who most recently headed up the cloud TV initiative at Vodafone, joined Kaltura as general manager of media and telecom earlier this month. At Kaltura, he is tasked with extending the vendor's video-focused technology stack to more service providers and pure OTT video players and broadening Kaltura's influence amid the shifting sands of the pay-TV market. 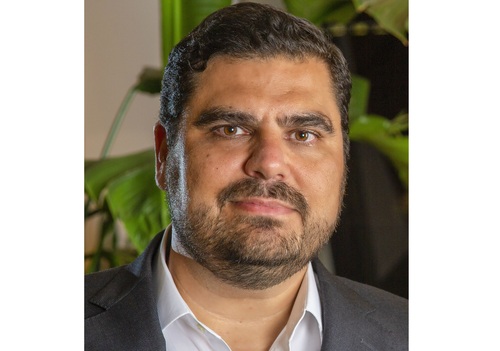 Still up in the air is which model will wrest control of TV's future. Will it be dominated by a rising wave of direct-to-consumer streaming options or by more traditional service providers who are attempting to become super aggregators that integrate those DTC options alongside their own services? Sanches said he joined Kaltura as the supplier looks to seize upon that change, no matter how it shakes out.

"The context of my move [to Kaltura] is a concept of what I see as a generational transformation that's happening with TV right now," said Sanches, who is based out of Kaltura's London office. "There's a change in the value chain at this point that  no one can guess where we'll end. There's a massive shift going on."

Vodafone, one of Kaltura's cloud TV tech partners, created a next-gen service with a semblance of scale from a single service provider standpoint. But Sanches says he wants to build on that by working with multiple operators in new geographies and "play a role in accelerating the change of the industry."

"I felt that I could add a lot of value if I was in a position that allowed me to have much further reach than a single pay-TV group," Sanches said.

He believes that opportunity will span both traditional pay-TV providers and pure OTT players, including media companies that are building their own direct-to-consumer services. Kaltura, Sanches says, has a play in both camps with a cloud TV stack that relies upon a common technological base.

"The whole integration with the legacy broadcast and multicast networks with security elements are an opportunity that can be fully explored," he said. "We're well positioned to serve both and the one that becomes the defining model for the industry."

Shooting for scale
Sanches said his near-term priority is to beef up the scale of Kaltura's cloud TV activity by bringing more operators and media companies on board, building on the company's existing base of about 50 million subscribers. Part of that plan is to strike deals tying in operators and media companies that aren't big enough to build something from scratch but are eager to take advantage of a platform that has reached scale via its aggregated reach with multiple partners around the world.

That, he added, will fit into Kaltura's goal to broaden the reach of its white label platform so that its scale rivals the handful of major platform providers that will play leading roles as the video and TV market pivots more strongly to streaming and cloud-based operations. Others in that group include Comcast (with its X1 platform and X1 syndication program) and Disney, which now owns Disney Streaming Services (formerly BAMTech Media).

Sanches believes that Kaltura's core product, the cloud TV stack, is plenty mature to take on that role, as it supplies partners with the application layer in the cloud that manages their subscribers, data and discovery engines. Kaltura is then pairing that platform-in-a-box with an ecosystem of partners for other elements, including front-end applications and video delivery with companies such as Velocix, MediaKind and Broadpeak.

"We're now in a position where we don't need to dictate to partners the pieces we have, because we have this stack of technologies -- also cloud-based -- that can interact with other modules of the ecosystem," he said.

But the general idea there is to be agnostic, using a horizontal software stack that can support traditional IPTV and legacy pay-TV services, as well as new OTT-delivered services.

"We're not sure who's going to win the gold rush," Sanches said. "But in a gold rush, the wisest players sell picks and shovels."

Like what we have to say? Click here to sign up to our daily newsletter
Related Stories
COMMENTS
Newest First | Oldest First | Threaded View
Add Comment
Be the first to post a comment regarding this story.
EDUCATIONAL RESOURCES
sponsor supplied content
The VOD Factor
Just You, Me and the TV: Shifting to a Direct Customer Relationship Model
Video to the CDNth Degree: Multi-CDN Delivery Optimized for Big Video
Educational Resources Archive
More Blogs from CxO Spotlight
Synthesis Cloud plots plan for national broadcast Internet network