Verizon's Fios TV subscribers continue to slip away, but the company is redirecting observers' attention away from that loss and toward the telco's fiber broadband success and the promised introduction of a new over-the-top video service. There's just one problem. That service doesn't exist today. And despite some allusions to a launch in 2018, it's not at all clear that Verizon even knows what the OTT product is going to look like when it arrives.

In the most recent Verizon Communications Inc. (NYSE: VZ) quarterly earnings call (per the Seeking Alpha transcript), CFO Matthew Ellis was ambiguous about the company's OTT plans, saying: "We dont want to launch just a me-too type product. So we are continuing to look at what makes sense for us to launch, something thats differentiated in that space, probably around live programming, but how and when we launch something will be TBD."

That commentary is worrying. Verizon isn't new to the video space. It's had Fios TV for more than a decade, and it's been working on an updated TV product for at least the last three and a half years. So why doesn't the company have more to show for it? 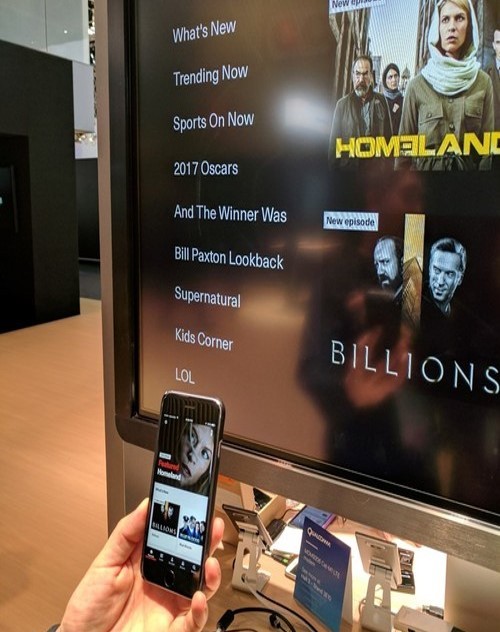 Verizon demonstrated an updated version of its Fios TV product at Mobile World Congress, but so far there's still no word of a commercial launch.

After the fiasco of the mobile TV service known as Go90, Verizon turned to its existing Fios TV platform with plans for an upgrade. Currently Fios TV is a hybrid of IP and QAM video delivery, but Verizon showed off a new, all-IP version of the service at Mobile World Congress earlier this year. It also began beta testing that update with select customers in June. (See This Is the New Fios TV From Verizon and Verizon Beta Tests IPTV, Stays Mum on Launch.)

Unfortunately, it now appears even the new Fios TV service is facing difficulties.

According to one Light Reading source, the latest version of Verizon's IP-based Fios TV product is on life support, and the telco is scrambling to figure out what comes next. Variables still under consideration include who manages the project (now that media executive Marni Walden has moved on), what the IPTV service looks like and even whether the new version of Fios TV will require its own dedicated set-top. It appears that Verizon may be combining its efforts to launch a new OTT product with plans to update Fios for all-IP delivery. But exactly what that means remains unclear.

Light Reading reached out to Verizon for comment, but has not received a response yet.

There are other signs of TV trouble for Verizon too. There's been very little discussion of the new Fios product since it was put on display in Barcelona last winter, and chatter on the Fios TV user forum over on DSLReports suggests that even as beta trials of the service continue, the planned public launch has been delayed. Again.

Bloomberg also reports that Verizon hasn't yet signed the content agreements it needs for a new TV service either. Verizon's Ellis made reference to a content deal in the works, but wasn't able to provide any details on timing.

All of these factors indicate that Verizon isn't where it needs to be with IPTV. The company can put on a good show of being unconcerned, but sheer bravado can only last so long, particularly as quarter after quarter ticks by and Verizon has nothing to show for its video efforts but continued subscriber declines.

Joe Stanganelli 10/25/2017 | 9:50:32 AM
Re: T-1 SPs and being at the edge @brooks: Reminds me of all the telcos dickering around with ISDN in the 90s...only to see that far-from-perfect technology become quickly irrelevant by the cable providers making their pipes work both ways for the broadband business.

Sometimes, failing pays off if you can quickly learn from it and pivot. Other times, it pays to watch others fail -- and learn from their mistakes.
Reply | Post Message | MESSAGES LIST | START A BOARD

msilbey 10/25/2017 | 9:41:56 AM
Re: Apples all around I'd have to figure the numbers. The declines could certainly be worse, but given how badly Verizon's doing in the OTT space after spending so much money, any losses in the traditional TV business are bad news.
Reply | Post Message | MESSAGES LIST | START A BOARD

mendyk 10/24/2017 | 3:42:28 PM
Apples all around Mari -- How does Verizon's video subscriber loss compare with other providers in terms of percentages?
Reply | Post Message | MESSAGES LIST | START A BOARD

I can't expect these large SPs to be innovative at the very cutting edge.  They have huge sections of their organizations that are tasked to build, manage, scale and sell highly reliable networks.  This notion that an organization built on stability can have a this nimble dance is just silly.  If they want that, then they need to contain it in a subsidiary that has a business plan that gets funded like a startup.

The other question I have is for us.  Do you want your Service Providers at the cutting edge of technology that might fail.  Before you say yes, I want to point to the Google Model.  They try all kinds of things and turn them off if it doesn't work.  SPs try very hard not to do this.  Google does not (well maybe that is Alphabet now).