"Impressed" by the details surrounding HBO Max ahead of its debut in May 2020 launch, the new streaming service is poised to exceed AT&T's ambitious subscriber guidance but struggle to rake in big profits, according to a fresh analysis of the coming premium-level OTT offering.

Aided by a plan to market directly to a "growing legion of cord-cutters and cord-nevers," HBO Max will reach almost 51 million US-based subscribers by 2025, slightly ahead of AT&T's guidance of roughly 50 million, Michael Nathanson, analyst with MoffettNathanson, forecast in a new detailed report about the new offering's prospects. 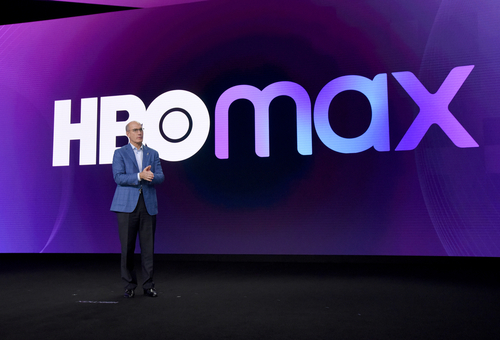 That forecast includes the initial subscription-only based version of HBO Max, as well as an ad-supported iteration that will debut sometime in 2021.

WarnerMedia has not released pricing on the ad-supported version of HBO Max. For his forecast, Nathanson applied a discounted retail price of $7 per month. That less expensive option for HBO Max could lead to about 9 million additional US HBO Max subs by 2025, pushing the grand total (including the subscription-based version) to the aforementioned 51 million, he said.

"We emerge from our deep dive into HBO Max impressed by the product, and persuaded by its potential to meet AT&T's subscriber expectations," Nathanson wrote.

The analyst added that he's less optimistic about profitability, both for HBO as well as the service's broader financial impact on parent company WarnerMedia. "We are more cautious about its financial prospects," he noted.

Looking ahead, Nathanson sees WarnerMedia pulling down $8.2 billion in total revenues by 2025, with a compound annual growth rate of 10%. However, the upfront incremental expenses tied to HBO Max (with some $4 billion over the next three years earmarked to build the service) "will put significant pressure" on HBO earnings in 2020, he added. After including $2 billion of incremental HBO Max expenses, the analyst is now forecasting 2020 earnings before interest and taxes to fall by 18%, to $7.6 billion.

As for HBO Max itself, Nathanson expects the streaming service to generate incremental profits of only $1 billion by 2025.

That expectation and forecast enters view about three weeks after AT&T and WarnerMedia announced that HBO Max will launch next May, start at $14.99 per month, and offer roughly double the amount of content delivered today by the legacy HBO service.

AT&T expects to have between 75 million to 90 million HBO Max subs on an international basis by 2025, and plans to initially pursue its subscriber goals by aggressively converting HBO's US base of 34 million subs to HBO Max, starting with a free upgrade for about 10 million HBO subs that get the premium service from AT&T's existing pay-TV customers with DirecTV and U-verse.

Pricing pressure
Though Nathanson believes HBO Max will slightly exceed its US subscriber targets, it might also be leaving some subs on the table, as the service's base price of $14.99 per month could limit HBO Max's initial growth potential.

Though more consumers might justify the price as HBO Max builds out its mix of library and new and exclusive content from HBO, Turner and Warner Bros., the new service is sure to be challenged by the pricing schemes of other new direct-to-consumer OTT services from major media companies. 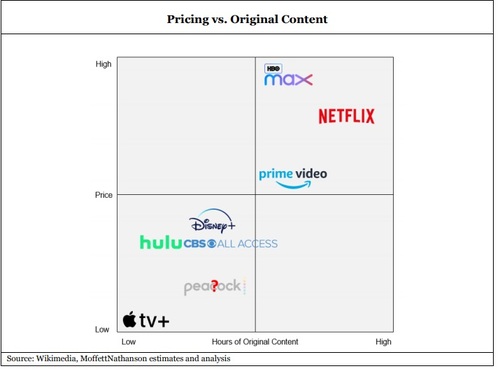 That market is "witnessing a race to the bottom in pricing," Nathanson explained. Recent examples include a free year of Disney+ to Verizon customers on unlimited wireless plans, and Apple's offer of a free year of Apple TV+ to consumers who buy a new Apple device. Also on the horizon is NBCU's Peacock, which reportedly is considering a plan to offer a free, ad-supported version of that streaming service, slated for an April 2020 launch.