Disney+ is 'not that deep,' AT&T's Stankey says

The video streaming market has never been so competitive amid the recent and upcoming launches of new subscription services from major studios and media companies.

As for how well HBO Max will stand up to the heat during its May debut, AT&T exec John Stankey is pretty chill about its chances. HBO Max, a service that will feature about twice the amount of content as legacy HBO, is designed to appeal to a much broader base of consumers. 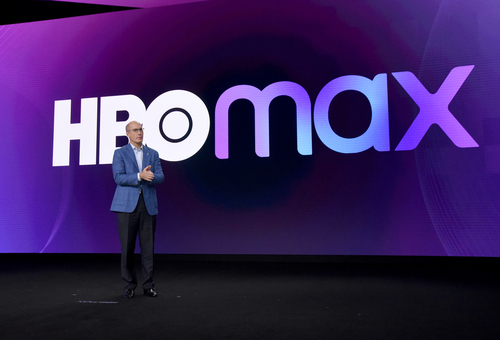 HBO Max "is a product that appeals to the entire family and the family wireless plan," Stankey, the COO of AT&T and CEO of WarnerMedia, said Tuesday at the UBS Global TMT Conference in New York. He believes the new offering will have something for all demos. "We think it's really powerful from a family plan construct and keeping all members of the family engaged."

He also believes that HBO Max's breadth and depth of content (it will debut with about 10,000 hours of content) will help it stand apart in a market that's crowded with premium subscription VoD (SVoD) services. That group includes Disney+, which launched last month for $6.99 per month.

"It's not that deep," Stankey said of the current Disney+ library and its appeal across audience demos.

Disney+ "is a good product; they've done a nice job," he said. "It has a particular appeal. The strongest appeal of Disney+ is to the youth of the family."

But Stankey said he does not buy into the notion that there's a winner-take-all streaming war among Disney+, HBO Max, Netflix and other streaming services. "I don't think it's a zero-sum game," Stankey said, adding that one would be "hard-pressed" to view Disney+ as a replacement for Netflix or HBO Max. "They are two different services and they're addressing different market segments."

The price is right
Stankey is also confident that HBO Max's starting price of $14.99 per month is the right move, noting that he's gotten feedback that it's too cheap, just right and too expensive. "That tells me we probably found a good place to start," he said.

And that price also ties into the company's plan to convert legacy HBO subs to HBO Max, hoping that the value of the additional content in the new offering will cause HBO's existing 33 million subs to move on over.

Though HBO Max will be offered under a direct-to-consumer model, AT&T and WarnerMedia are also trying to get cable operators and other pay-TV partners to distribute HBO Max.

"We're in the heart of [those discussions] and they're going like they always go," Stankey said, noting that, following a period of posturing, a lot of the work tends to get done just before the launch deadline. "I don't expect that these discussions will be a whole lot different given the pattern that occurs."

But he believes that pay-TV distributors will want to participate in that monthly revenue stream and take advantage of the additional data that will be made available to them through AT&T's Xandr advanced advertising division.

AT&T expects HBO Max to have about 50 million US-based subs by 2025, and between 75 million to 90 million on an international basis by that time. That sub figure includes both the initial subscription-only version of the service launching next year, and an ad-supported iteration that will launch sometime in 2021.