Disney+, the new subscription streaming service from The Walt Disney Company, has sped out of the blocks, ending fiscal Q1 2020 with 26.5 million paid subs. Thanks to about 2 million additions in January, that number has since grown to 28.6 million as of Monday, Feb. 3, Disney Chairman and CEO Bob Iger said on Tuesday's earnings call.

Disney+ got off the ground on Nov. 12, 2019, and notched 10 million sign-ups by the end of Day 1, a figure that included consumers who signed up for the service ahead of the launch.

But this early haul blew the doors off some analyst expectations for Disney+ and put the new OTT service well along the path to hit and perhaps exceed the company's forecast for Disney+. Disney has already predicted that Disney+ will rake in between 60 million and 90 million subs by fiscal 2024, with about a third of them coming from the US. 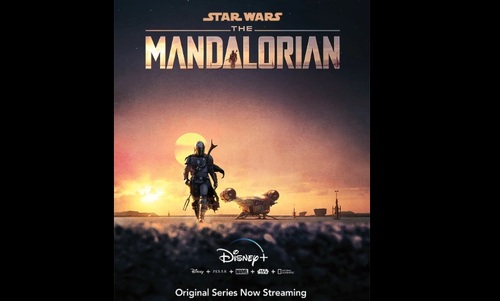 Iger said season 2 of The Mandalorian will get underway in October.

But Disney, which is nearing an expansion of Disney+ into more of Western Europe as well as other regions, isn't about to get too far ahead of its skis. "It's far too early for us to change our guidance," Iger said.

Among early learnings, Iger said Disney+'s conversion of subs from free to pay and the churn rate of the OTT service have been better than expected. The bundle of Disney+, ESPN+ and the ad-supported version of Hulu's SVoD for $12.00 per month has been "very helpful in lowering churn rates," Iger said.

He also said usage of the service indicates that subs are watching a wide range of titles from the content properties that are part of Disney+ (Disney, Star Wars, Pixar and National Geographic). "It has been very broad-based," Iger said, noting that 65% of Disney+ viewers who ten other types of content on the service. "It's not about one thing. We feel that validates the collection of those brands," the exec said.

Disney's pivot to direct-to-consumer models aims to offset declines in the traditional pay-TV universe while also attempting to more than hold its own in a general entertainment market that includes Netflix, Amazon Prime Video and Apple TV+. The market will soon include new streaming services from Warner Media (HBO Max) and NBCUniversal (Peacock).

But that move is coming at a high price. In the period, Disney's DTC and international segment posted an operating loss of $693 million, versus a loss of $136 million a year earlier. The much wider operating loss was driven by costs associated with the launch of Disney+, along with costs linked to the consolidation of Hulu and higher programming costs for ESPN+. Revenues for that segment jumped to $4 billion from $900 million a year earlier.