Comcast Teams With NuEyes to Optimize TV for the Visually Impaired

In its latest move to expand the accessibility capabilities of its video product, Comcast has teamed with a startup called NuEyes to optimize its video product in a way that helps visually impaired people view TV programming.

Under the partnership announced Wednesday, Comcast has integrated its Xfinity Stream app, which supports both live TV and on-demand content, with the NuEyes e2, a virtual reality headset that's equipped with electronic magnification technology designed to enhance the user's "usable vision."

The integration of Xfinity Stream, now pre-installed on the e2, marks the first time NuEyes will be able to use these smart glasses to stream TV content, the companies said. 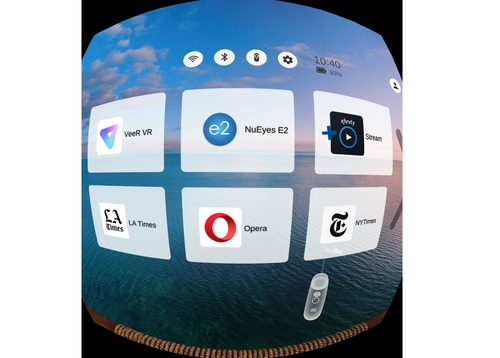 The companies said Comcast is the first to integrate a TV service with NuEyes's e2 headset.

NuEyes, a California-based company founded in 2016 by two US veterans, works with each customer individually to ensure that the platform is optimized to the person's unique, usable vision. One of the first users of this combo with Comcast's video streaming app is James Baldwin, an 18-year US Army veteran who started to lose his vision three years ago due to an injury sustained during the Gulf War.

According to NuEyes, the e2, a wireless, self-contained "smart glasses" device, supports a "3K" LCD display (with resolution of 1440x1660) at a 90Hz refresh rate, and a 101-degree field of view. The headset is controlled with a three-button remote -- one for variable magnification, a second for a set of contrast settings and a third for Optical Character Recognition/text-to-speech. 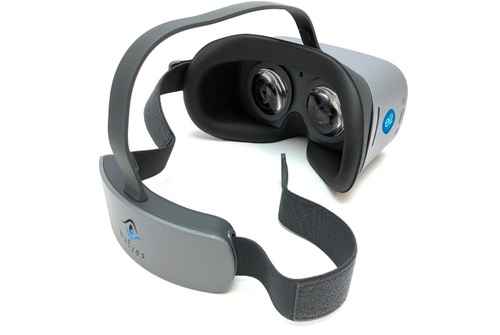 The e2 is a wireless, self-contained wearable magnifier with a 101-degree field of view and four-hour battery life.

Comcast's work with NuEyes is one of several accessibility-focused enhancements and features the company has developed under Tom Wlodkowski, Comcast's VP of accessibly.

"Being blind since birth, I know firsthand the power of technology to enhance independence," he said in a statement. "Our partnership with NuEyes is an extension of our commitment to designing great entertainment experiences for people of all abilities."

In June, Comcast added eye-based control capabilities to its X1 platform, enabling people with spinal cord injuries and other physical disabilities to navigate the pay-TV service using a mix of eye gaze systems, "sip-and-puff" switches and other types of assistive technologies.

That eye-control addition followed Comcast's introduction of a "talking guide" for the blind and visually impaired in 2014 and video descriptions for select programming, starting with NBC's coverage of the 2016 Summer Games in Rio.