Comcast/NBCU Earmarks $2B for 'Peacock'

Peacock, a streaming service from NBCUniversal set to debut in April 2020, won't be cheap to get off the ground. But the initial launch costs are expected to be dwarfed by the costs associated with new direct-to-consumer subscription VoD services launched or on the way from other media giants such as Disney, Apple and WarnerMedia.

Comcast and NBCUniversal expect to shell out about $2 billion over the first two years for Peacock, putting the service in position to reach profitability by year five, Mike Cavanagh, Comcast's EVP and CFO, said on Monday at the UBS Global TMT Conference in New York. 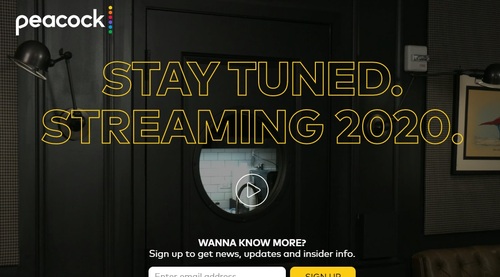 NBCU's Peacock streaming service will debut next April and support both advertising- and subscription-based business models.

From an investment standpoint, Comcast is following the Xfinity Mobile playbook for Peacock, Cavanagh said, noting that the company will end up spending about 1% of total revenues to incubate each of these new products.

Cavanagh noted that Comcast now expects Xfinity Mobile, the service it launched in May 2017, to reach break-even in 2021.

NBCU will offer Peacock under multiple models, including a free, ad-supported version ad well as subscription-based tiers. Comcast and NBCU are expected to reveal more detail about Peacock, including an exact launch date and pricing, during an investor meeting set for January 16, 2020.

Cavanagh said Peacock's decision to emphasize an advertising model will enable the service to start with a lower aggregate investment than some new SVoD services in the market or in development.

By way of comparison, Apple is reportedly spending more than $6 billion on original TV shows and movies for its recently launched Apple TV+ service. Disney has spent north of $2 billion alone on the streaming infrastructure it's using for Disney+ and other OTT-delivered services, and expects operating losses from its direct-to-consumer and international segment to rise to $800 million in its fiscal Q1. The upfront, incremental expenses tied to HBO Max, WarnerMedia's service set to debut next April, will be in the $4 billion range over the next three years, with expectations it will reach profitability in 2025.

"We think the demand will be there" for Peacock, Cavanagh said, noting that Comcast and NBCU believe there's an underserved market for premium, ad-supported content.

Cavanagh said Peacock will have various tiers of pricing but will be "free in certain circumstances." In addition to providing a standalone, direct-to-consumer version of the new service, Peacock will be baked into part of the pay-TV packages of Comcast and its UK-based Sky division. It's expected that NBCU will attempt to carve out similar distribution deals with other pay-TV providers.