Comcast is in "advanced talks" to acquire Xumo, a free, ad-supported video streaming service that is available on a wide range of streaming platforms, including Comcast's own Internet-connected X1 cable boxes, according to The Wall Street Journal.

Word of the purported deal-in-the-works surfaced during the holiday break. The WSJ said the deal talks were exclusive and that it's possible the discussions could still break down. Variety reported almost a year ago that Xumo was on the block, noting then that Sinclair Broadcast Group was among the possible bidders for it. 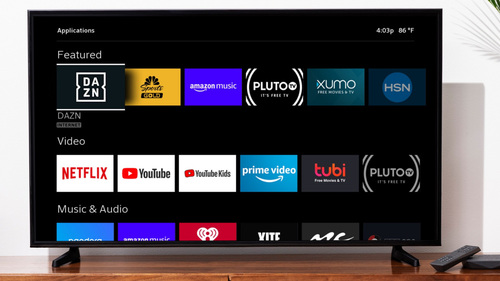 Xumo is one of several OTT apps that has been integrated with Comcast's X1 set-top box platform as well as its newer Xfinity Flex product for broadband-only customers.

Irvine, Calif.-based Xumo debuted in 2011 as a joint venture of Panasonic and Viant, an ad-tech company, but is currently owned by Panasonic and Meredith Corp.

Why this matters
An acquisition of Xumo could expand Comcast's general advanced advertising push and boost its ad inventory as its NBCUniversal unit prepares to launch Peacock, an ad-supported OTT video service, in April. The deal could also broaden Comcast's advertising and video presence in the US, and perhaps open a door into Sky's service areas in the UK and other parts of Europe.

Comcast is Xumo's largest pay-TV partner, but Xumo's service is available on a national basis because it is delivered via the Internet. According to its latest batch of figures, Xumo says it is available in about 45 million US households, thanks to delivery via apps built for smart TVs from LG, Vizio, Panasonic, Sony, Sanyo, Hisense and Sharp, Roku streaming players and pay-TV set-tops. Xumo has also developed apps for iOS and Android mobile devices.