Charter in Talks to Use Comcast's 'Flex' Streaming Platform

Charter Communications is in discussions with Comcast about developing a video streaming offering for broadband-only subscribers that is similar to Comcast's new "Xfinity Flex" platform, Charter Chairman and CEO Tom Rutledge said Friday.

"We have discussed that with Comcast. It's an interesting idea," Rutledge said in response to an analyst's question on Charter's Q3 2019 earnings call. "We're considering it. It has advantages." 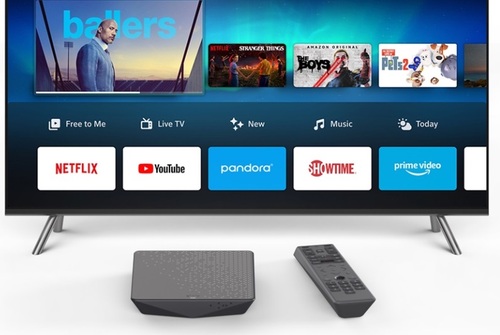 Comcast targets Xfinity Flex to broadband-only customers, but is will also add a capability soon that allows those users to upgrade to Comcast's full pay-TV service.

Rutledge noted that Charter also has several "app-based relationships" that, presumably, could be parlayed into a Charter-managed version of a Flex-like product. Cox Communications, which syndicates Comcast's X1 platform, recently introduced a version of Flex under the "Contour Stream Player" brand.

Charter's interest in Flex also enters the picture as its pay-TV business struggles but its broadband business continues to grow at a rapid clip.

Charter's minimum data speed levels also deliver plenty of punch to handle OTT video. Rutledge said 200 Mbit/s (downstream) is now the minimum speed that Charter offers in 60% of its footprint; 100 Mbit/s down is the minimum in Charter's other markets. He said Charter broadband subs that don't take a pay-TV package from the operator use more than 450 gigabytes per month on average.

Password-sharing concerns
Rutledge also continued to push for a collaboration between distributors and programmers to clamp down on video piracy and password-sharing.

Rutledge said Charter, which is working with Disney and Fox to standardize such efforts, believes that piracy and password-sharing hinder pay-TV subscriber growth and that it will become an even bigger issue as programmers and media companies move ahead with their own direct-to-consumer streaming products. Those programmers, he said, will soon have a lot more skin in the game and turf to protect.

"There is some recognition in the programming industry that they are now distributors," Rutledge said. "And as a result of being distributors ... they need to know where their content is going."

Turning a blind (or disinterested) eye to password sharing coupled with a lack of location-based app capabilities and the allowance of multiple streams per account (and too many streams, in some cases) will only exacerbate the issue.

"It's just too easy to get the product without paying for it," Rutledge said. Charter will continue to push the effort and seek more collaboration, but conceded that "it's a slow process."

Among individual categories, customer premises equipment (CPE) spending fell to $470 million from $675 million in the year-ago quarter, due in part to an increase in customer self-installs of retail devices and a higher mix of "boxless" video outlets.

Scalable infrastructure-related capex dropped to $320 million in Q3, from $505 million a year earlier, mainly due to Charter's recent completion of its DOCSIS 3.1 network upgrade.