A few more details about AT&T's distribution strategy for HBO Max are emerging ahead of a big reveal set for Tuesday (October 29) and as the OTT video service streams toward its anticipated commercial launch next spring.

To help prime the pump, HBO Max, a streaming service that will feature series and movies from HBO and other WarnerMedia properties, will be offered to AT&T's existing 10 million HBO customers (via services like DirecTV and U-verse TV) for no extra charge, AT&T COO John Stankey told Reuters.

That could give AT&T a good start toward a goal, according to Reuters, to sign up about 80 million HBO Max subs worldwide by 2025, including about 50 million in the US. 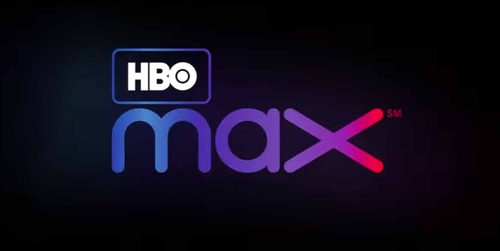 WarnerMedia is expected to reveal more details about HBO Max, including pricing and launch dates, on Tuesday, Oct. 29.

By comparison, one recent analyst estimate sees Disney+, which debuts on November 12, snapping up 8 million subs before the end of 2019. Disney is already projecting Disney+ to capture between 60 million and 90 million subs worldwide by its fiscal 2024.

According to Reuters, Stankey is eager to convert HBO's 35 million US subs to the new HBO Max service, but notes that doing so is complicated by the fact that it involves WarnerMedia renegotiating deals with its various pay-TV distributors. AT&T will also be promoting HBO Max heavily to the part of its pay-TV subscriber base that doesn't already take the traditional HBO service. It's also expected that AT&T will form bundles that include HBO Max with its mobile service.

WarnerMedia hasn't announced a launch date or price for HBO Max (those details are expected to be announced by WarnerMedia at Tuesday's media event), but The Wall Street Journal reported recently that the new streaming service will cost "slightly more" than HBO Now's $14.99 monthly price (HBO Now is the OTT-delivered, standalone version of HBO that doesn't require it to be bundled with a pay-TV service).

In a move to attract HBO Max to a wider base and smaller wallet sizes, WarnerMedia is also planning to introduce a lower-cost, ad-supported option in 2021, and to start to add live programming to HBO Max, Reuters reported, citing unnamed industry insiders.

While this would be the first time advertising was attached to an HBO-branded product, adding that piece to the HBO Max mix would open up a new revenue stream for Xandr, AT&T's advanced ad unit.

Complementing ad-free tiers with less expensive, ad-supported tiers to the service blend is becoming increasingly commonplace among OTT-delivered SVoD services, with Hulu and CBS All Access among the current examples. Peacock, a streaming service from NBCUniversal set to launch next April, will also include options that layer in targeted advertising.