4K Gets Into the Game at Super Bowl LIV

4K/Ultra HD and High Dynamic Range will be showcased this Sunday for Super Bowl LIV as Fox Sports streams the big game in those eye-popping formats for free to select OTT devices and also distributes its UHD broadcast to a batch of US pay-TV providers.

While the 4K/HDR delivery of the matchup between the Kansas City Chiefs and the San Francisco 49ers will mark a Super Bowl first, the video feed won't be in "native" 4K. Instead, Fox Sports will broadcast the game and half-time show (as well as its pre- and post-game coverage) natively in 1080p/60 frames-per-second HLG (Hybrid Log-Gamma, an HDR standard). Then Fox will upconvert it to 2160p/60fps for the 4K/Ultra HD version that will be streamed for free via Fox's apps (in HDR10) and through several pay-TV distributors (in various HDR formats).

Fox Sports will deliver its free stream of Super Bowl LIV to a wide range of devices, but is billing Amazon Fire TV as its 'preferred 4K streaming experience.'

Apparently there are sound logical and technical reasons behind Fox Sports' decision to upconvert the signal in this instance, as it will deliver a better viewer experience than a native 4K broadcast would.

Speaking last month at the Sports Video Group Summit, Fox Sports SVP of field and technical operations Michael Davies noted that shooting in 1080p/60fps and then upconverting that signal is better suited for fast-action, live sporting events than native 4K -- at least until higher frame rates are more common. More specifically, shooting in 1080p/60fps rather than native 4K will reduce instances of "pixel offset" that can cause image blurring when the camera pans left to right and vice versa.

"There's a lot of good reasons why 4K ends up being not only technically more difficult/impossible to do a show of this size, but there are some real reasons why sports, in general, looks better than 1080p versus being shot natively in 4K [at 60fps]," Davies said. He said it's also important that Fox Sports delivers a good experience for the greater audience of the Super Bowl versus the subset of viewers that will be viewing the upconverted 4K version.

Fox Sports' Kevin Callahan noted that, for Super Bowl LIV, the network is following the model used for broadcast TV coverage of regular season Thursday night NFL games. One big difference is that the 4K experience for Super Bowl LIV will be Nielsen-watermarked, so those viewers will be counted, Callahan added.

Fox Sports' UHD/4K broadcast of the game will also be offered by several US pay-TV distributors -- DirecTV, Dish Network, Comcast, Altice USA, Verizon Fios and fuboTV. To get Fox's UHD feed, those viewers of course will need a 4K TV and a 4K-capable device, such as the Hopper 3 receiver from Dish or the Xi6 client from Comcast. 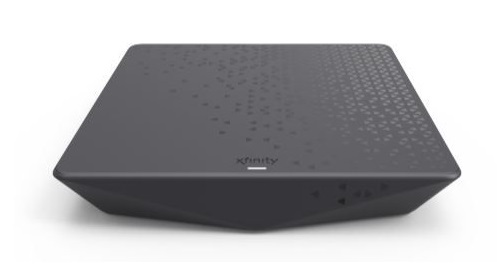 TVision, the home pay-TV service from T-Mobile originating from its acquisition of Layer3 TV in January 2018, supports 4K/UHD. But its distribution of the game in the advanced format was still to-be-determined as of this writing.

Although audience of the 4K broadcast of Super Bowl LIV is likely to be dwarfed by the audience that will watch the regular 1080p version, the fact that Fox Sports is going through the trouble of producing an upconverted feed for streaming and pay-TV distribution does speak to the expanding reach of 4K-capable displays and streaming devices.

Those numbers are definitely on the rise as 4K and HDR become a common feature in most new TVs. According to a new forecast from the Consumer Technology Association, sales of 4K UHD sets will reach 25 million units in 2020 in the US, an annual 12% increase driven in part by replacement upgrades and bigger TV screens that support those formats.

CBS's free stream last year of Super Bowl LIII between the New England Patriots and Los Angeles Rams drew an average of 2.6 million viewers per minute. That compared to a Nielsen-reported average US TV audience of 98.2 million.