For Netflix, the pandemic is starting to look like two glorious years of indoor streaming followed by a slump as people emerge blinking from their homes into sunlight. Its share price soared 84% between March 2020 and last October amid a customer boom. Since then, it has dropped 26% as questions have been asked about its future. When it missed earnings expectations on Thursday, the stock fell a stomach-churning 20.2% in after-hours trading.

Signs the world is finally adapting to COVID-19 have hardly dampened the enthusiasm for TV, though. Netflix still managed to add another 8.3 million customers, as reported by Light Reading, and now serves nearly 222 million in total. The company's big problems are growing competition and failure to diversify.

Netflix has not been able to build the same kind of unassailable position in video streaming that Google has in search, Amazon has in ecommerce and Facebook  to a lesser extent  has in social media. Multiple video platforms now compete for viewers' attention, of which Amazon, Apple, Disney and Netflix are only the most prominent worldwide. 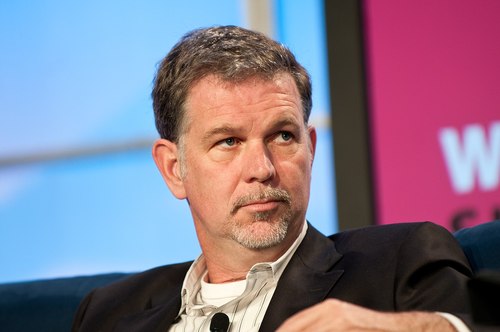 It is conceivable than some households will (and probably do) shell out for three or even four platforms that each cost $10 or $20 dollars a month. Harder to imagine is that many customers in an inflationary economy will sign up to five or six. And there will undoubtedly be millions of homes unwilling to maintain more than two or three services at the same time.

For a family with superhero-mad children, the lure of Disney could mean the end of Netflix. And the ease of terminating an Internet service means customers can switch platforms faster than Peter Parker transforms into a wall-climbing webslinger. "The options out there for subscribers are a lot more so they will have to manage everything  manage their rollout, manage their execution and just keep getting out good content," said Santosh Rao, the head of research at Manhattan Venture Partners, during a TV interview with Yahoo Finance Live.

A major concern for investors is that Netflix will have to outspend rivals on content to attract new customers. Its operating margin is already under pressure, dropping six percentage points year-on-year for the just-ended fourth quarter, to 8%, because of what Netflix called its "large content slate."

There is hardly cause for panic. Annual revenues have soared from $15.8 billion in 2018 to $29.7 billion last year. Net profit rocketed 86% last year, to $5.1 billion. It remains the leader in a streaming market that Rao expects to consolidate. "Not everyone is going to succeed. You need to scale up," he told Yahoo. "It is still early days. You will see some kind of drop-off and specializations."

The doubt is that a company of Netflix's size  worth roughly $225 billion earlier this week  would be able to fend off a content challenge by someone like Apple, with its market cap of nearly $2.7 trillion and roughly $72 billion in net cash.

Unlike Apple and some other competitors, Netflix still looks like a one-trick pony, too. The appeal of Amazon Prime is largely that it bundles a Netflix-like video-streaming platform with a delivery service for groceries  or, indeed, any other product the housebound consumer might desire. Apple has gadgets, music and games to offer besides Ted Lasso and other popular shows.

A diversification into the games market is underway, but it has clearly started late. "They are not big there. It is still early," said Rao. "But they want to keep the user engaged."

Netflix executives are certainly not pretending otherwise. "We're definitely crawl, walk, run and  like  let's nail the thing and not just be in it for the sake of being in it or for a press release," said company boss Reed Hastings on the earnings call. "We've got to please our members by having the absolute best in the category."

That will be harder to realize with Microsoft splurging about $70 billion on Activision Blizzard, the fast-growing games company behind Call of Duty, and as Facebook and other Internet giants make an increasingly big deal about the metaverse, a phenomenon that barely seems to have caught Hastings' attention.

Netflix is often grouped with Facebook, Amazon, Apple and Google in the FAANG club of fast-growing Internet stocks. But the $650 billion value gap between the video-streaming company and Facebook, the only other sub-trillion-dollar member, speaks volumes about Netflix's real technology status. If the Internet firms had superhero alter egos, Netflix would probably be Ant-Man.