Big tech companies are wagering hard at the moment that the "metaverse" will kick off the biggest platform shift since Apple introduced the first-generation iPhone in January 2007.

When it does, it will unleash booming new software and hardware markets, just like touchscreen smartphones and the App Store did. Surveys suggest it could also prove the "killer app" that finally drives people to sign up more quickly for 5G.

But when will it, is the question? 2022 won't quite be virtual reality's big year. Only 2.3% of households will have headsets by the end of 2022, forecasts Omdia. 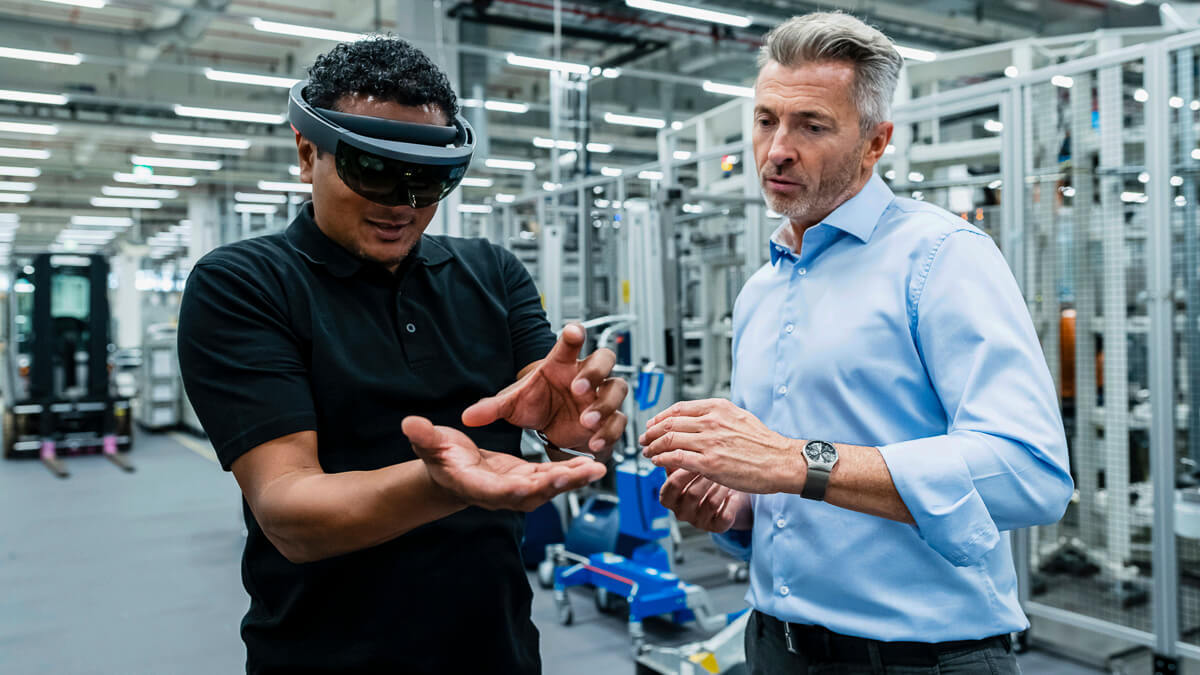 Half way up the stairs: While 2022 probably won't be the year of VR, it's looking good for its cousin AR  at work here in a factory.
(Source: Westend61 GmbH/Alamy Stock Photo)

So for now, look for augmented reality first  smartphone-based AR will let device makers burnish some of their showiest features, like top-notch cameras and microprocessors.

And especially, 2022 will be the year of "passthrough mixed reality," Omdia predicts  headsets equipped with non-transparent screens that display a live view from external cameras.

Eventually, a blurring of the line between augmented and virtual reality is "an inevitability," the research firm says.

From a hardware perspective, Meta is pursuing an "aggressive loss-leader" strategy when it comes to the pricing of its Quest 2 and other VR headsets. Other manufacturers will struggle to compete, unless they choose to target niche areas like enterprise VR or specialized consumer use cases.

Meta stands to be a big winner in a market that  according to CCS Insight  will grow from 11 million VR and AR devices sold in 2021, to 71 million in 2025. Their products make up just over half of installed consumer VR headsets in 2022.

Developers should probably therefore focus on making their content and products available on Meta's Quest Store, notes Omdia, and the same goes for other VR content creators.

2021 was the year Snap, with its Spectacles, became the first big tech company to unveil AR glasses, with Facebook not far behind with their Rayban partnership.

Evan Spiegel's company purchased WaveOptics, a UK startup which makes lenses and other parts used in AR glasses, for a half billion dollars in May in its biggest purchase yet.

The company, based near Oxford, was founded in 2014 by three former British Aerospace engineers who had worked on technology for fighter pilot helmets. Snap is sauntering into the Metaverse from a position of strength: Only three countries in the world have populations bigger than Snapchat's daily users.

Non-gaming apps, like TikTok/Douyin which allow you to tip content providers, will take in $2.6 billion in 2022  compared to $2.5 billion for gaming apps like Pokémon Go, the first real poster child for monetizing AR.

Want to know more about video and streaming media? Check out our dedicated Video/Media channel here on
Light Reading.

Pokemon appeals to odd niches, like US soldiers in Afghanistan (whose Lotads and Arons are now orphaned in locations like Bagram Airfield).

Health and fitness AR, though, is more mainstream. Gamification can keep fitness fans exercising, so is looking like a good route for developers in mobile AR. But to make this happen, device makers will need to improve their depth-sensing hardware  including LiDARs, for example  and the spatial mapping powers of their cameras.

Finally, given Meta's pole position, look for VR advertising (and ad tech) to begin really kicking off in 2022. Because VR is increasingly going to be delivered to us by a company whose CEO famously said "Senator, we sell ads."