Without an unlikely surge of enthusiasm for the real world, the future is someone wearing a virtual-reality headset while lost in a "metaverse" of games, social interactions and work meetings. It has crept a bit closer with Microsoft's market-rumbling, $68.7 billion bid for games company Activision Blizzard, a deal that telecom executives may regard much as hurricane-alley property owners eye the next lightning flash.

The scary words in Microsoft's own statement are "cloud" and "metaverse." The latter, of course, was originally coined by Neal Stephenson in his 1992 novel Snow Crash, where users could don headsets, transform into avatars and jog around the virtual real estate of a single but seemingly never-ending road (simply called the Street). The Street's real-world guardian was a fiber-optic network operator owned by the sinister L. Bob Rife.

Telcos versus Big Tech before and during the pandemic 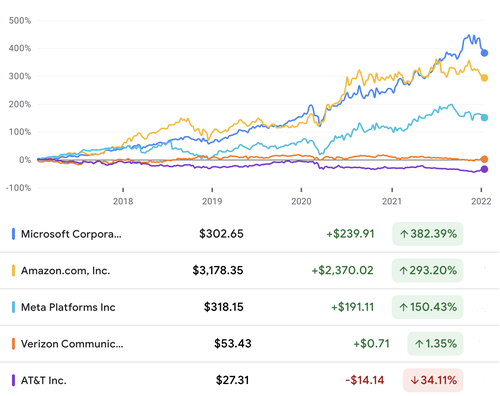 Stephenson obviously got that part wrong. In the early 2020s, the companies promulgating the metaverse and destined to control it are not telecom operators but Internet giants. Lashed by negative publicity, Facebook was eager to appropriate and popularize the word last year before adopting Meta as its new corporate moniker. Now Microsoft is positioning its Activision Blizzard takeover as one of the metaverse building blocks.

"Gaming is the most dynamic and exciting category in entertainment across all platforms today and will play a key role in the development of metaverse platforms," gushed Satya Nadella, Microsoft's chairman and CEO, in the software giant's statement. It explains why Microsoft is willing to pay such a gargantuan fee for the Call of Duty developer  the offer price of $0.95 a share is 45% more than Activision Blizzard was worth on January 14, while $68.7 billion equals 8.5 times last year's sales and more than 31 times its net profit.

Telecom operators won't inherit the cloudy metaverse that Stephenson part-envisaged, but they will have to cope with its outrageous demands. An inkling of what to expect has come thanks to COVID-19, which overnight turned gym rats, supermarket trolley pushers and even the most curmudgeonly technophobes into housebound netizens. Internet traffic has exploded.

BT, the UK's telecom incumbent, has been documenting growth while grumbling about the implications. At first, it downplayed concern. Before lockdowns arrived in March 2020, normal daytime usage on the network ran at about 5 Tbit/s, revealed Howard Watson, its chief technology officer, in a blog at the time. The great retreat indoors sent that figure up to about 7.5 Tbit/s. No problem, said BT. Its network was built to withstand as much as 17.5 Tbit/s.

But the executive tone had changed dramatically by December 2021. Spikes in Internet traffic had reignited the debate about net neutrality, the principle that stops operators from charging Internet companies for usage. A traffic tsunami of 25.5 Tbit/s was recorded on December 1, threatening to overwhelm BT systems, as a mere six soccer fixtures were streamed online by Amazon. "Of course, we invest to ensure our networks can cope with this but as demand grows further this decade we can see potential problems coming down the line," wrote Marc Allera, the CEO of BT's consumer division, in the latest BT blog.

If Amazon can do that with a few hours of high-definition sport, imagine what Microsoft can do with Activision Blizzard when its vast resources turn Call of Duty into a cloud-enabled, virtual-reality part of the metaverse. The games sector is already experiencing a boom that has propelled Activision Blizzard's revenues from about $4.7 billion in 2015 to more than $8 billion last year. A generation of youngsters would rather game from the comfort of the bedroom than watch TV, play sport or socialize outdoors. As for the Victorian activity of reading, it will probably die at the same time as Generation X.

Cloud gaming, virtual reality and the broader metaverse are terrifying concepts for the likes of BT's Allera because they will slam into a groaning network without necessarily enriching its owner. Operators that resist investment in costly new edge data centers  needed to prevent seasickness in voyagers to the latency-sensitive metaverse  will lose out to competitors. The earlier rush to abandon metered data services fueled customer growth but looks increasingly regrettable in a world of ubiquitous Internet connectivity.

Net neutrality, though, is probably a red herring. The US flipflops between pro- and anti-net neutrality legislation with every change in administration and with no discernible impact on the sector. Currently backed by Joe Biden, it will inevitably fall out of favor once again if and when Donald Trump makes his presidential comeback in 2024. Laissez-faire regulation will not significantly alter the balance of power between telcos and Big Tech. It might even convince the metaverse owners to build or buy their own last-mile networks (perhaps proving Stephenson right about L. Bob Rife after all).

The hope is that telecom is somehow able to share in the metaverse spoils, perhaps through revenue-sharing agreements with Big Tech, or even the successful development and marketing of new service plans for metaverse customers. But the track record is unpromising and there is little optimism about the sector's prospects.

Even in the US market, where regulation is still light touch and competition is limited, major telecom stocks have declined during the pandemic. AT&T's share price has fallen 27% since the start of 2020, and Verizon's is down a tenth. Currently worth almost $2.3 trillion, Microsoft has enjoyed a 78% gain over the same period. Without something as hard to imagine as a telco-dominated metaverse, those fortunes will probably continue to diverge.