Verizon has been working for more than a decade to pursue a wide range of opportunities in the Internet of Things (IoT) sector. But this week the company announced a new strategy that will centralize those disparate IoT activities under one top executive.

TJ Fox  a Verizon veteran with more than 30 years at the company  was named to the newly created position of SVP of Industrial IoT and Automotive for Verizon Business. Prior to Fox's appointment, Verizon's IoT functions were scattered across a variety of business units.

The company said Fox's new role is an effort to thread together Verizon's various IoT offerings and kickstart growth in markets including automotive, utilities and manufacturing.

"Customers need IoT solutions that transition seamlessly between fixed positions like warehouses and mobile locations moving across environments and geographies," said Fox in a statement. "As we advance into the 5G and MEC enhanced massive IoT era, Verizon has the existing network superiority, ongoing network investment  including our recently acquired C-Band spectrum  and deep enterprise experience to be partner of choice for customers with IoT and connected vehicle ambitions at the highest scale." 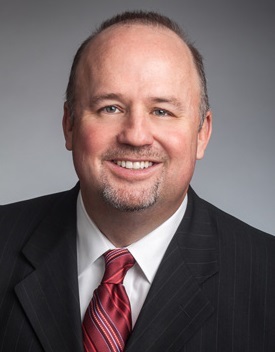 Fox will report to Sampath Sowmyanarayan, chief revenue officer of Verizon Business. He previously served as Verizon's SVP and president of Verizon Business Markets, leading 5,000 sales workers. Prior to that, he held a number of positions including SVP of the Wireless Business Group and SVP of National Operations for Verizon Wireless.

Verizon, along with other wireless network operators, has long worked to sell wireless connections to machines and other objects beyond phones. Verizon's strategy in the space crystallized in 2015 when it launched its ThingSpace platform, which was designed to make it easier for developers to roll out IoT devices and applications on Verizon's 4G LTE network.

But the IoT space overall has been a slow burn, according to analysts. "IoT isn't sexy and they [operators] have better things to talk about," analyst Roger Entner of Recon Analytics told Light Reading earlier this year. "Right now, the market is settled, not matured, but settled."

Indeed, Verizon recently put the finishing touches on a $10 billion cost-cutting program that included a wide range of job cuts. In fact, Verizon has cut 45,500 jobs in total since 2015, according to a recent Light Reading analysis.

Fox's appointment to head up Verizon's IoT efforts comes roughly two years after the launch of "Verizon 2.0," a corporate restructuring that essentially replaced the aging wireless/wireline corporate division within Verizon with a new consumer/business split. The move allowed Verizon to bundle all of its products together into packages aimed at either regular consumers or business users and enterprises.