Startup Vapor IO scored $90 million in a Series C venture capital funding round from private equity firm Berkshire Partners and cell tower giant Crown Castle. The company said it would use the cash to finance its ongoing construction of mini data centers for edge computing around the US.

"It takes a lot of capital" to build this kind of thing, noted Cole Crawford, founder and CEO of Vapor IO. Cole said the company has so far raised "well north" of $100 million in total VC financing, but he declined to provide specifics.

Vapor IO has already built mini data centers for edge computing in Chicago, Atlanta, Pittsburgh and Dallas. It hopes to expand that to the top 36 US metropolitan markets by the end of 2021. 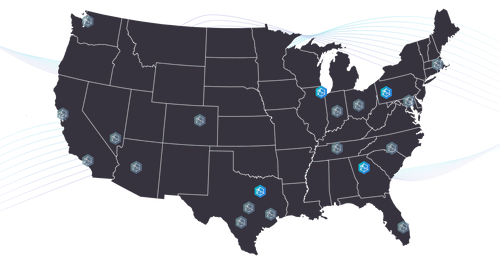 Vapor has four markets up and running (in blue), and plans many more.
(Source: Vapor IO)

In conjunction with its fundraising news, Vapor IO also announced that Cloudflare -- a content delivery and Internet services provider -- will deploy its cloud services on Vapor's "Kinetic Edge" platform in its mini data centers nationwide.

The edge of opportunity
Vapor IO is one of the top startups in the nascent but potentially explosive edge computing space. The company is racing to snap up ideal locations in which to deploy edge computing equipment. The company's basic strategy is to build mini data centers in cities across the US -- both big and small -- in order to meet demand for low-latency cloud computing services.

Demand for near-instantaneous computing, which covers everything from speedy Siri responses to drone navigation, is driving the deployment of edge computing facilities. Such requests can't necessarily be addressed by big, centralized data centers operated by the likes of Equinix and Amazon AWS, due to the greater latency required in the centralized model. Edge computing data centers, if located physically close enough to the user, might be able to meet this need. 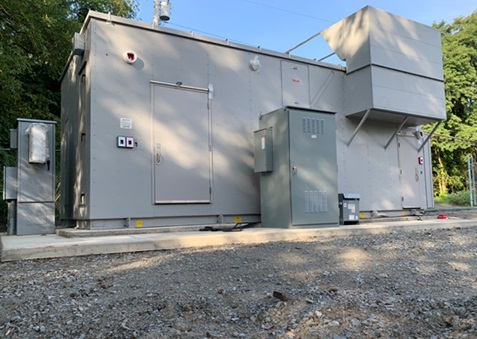 Cole explained that customers for edge computing can span the gamut, but Vapor IO is particularly interested in selling computing resources to network operators. Wireless network operators specifically could make use of edge computing facilities for fronthaul, which involves connecting several antennas to a nearby base station computer that manages their activities.

That's why tower company Crown Castle has been involved in Vapor IO's funding efforts, and it's why Vapor IO is building several different edge computing sites in each of its target markets.

Packet and Vapor teamed up prior to Equinix's acquisition of Packet, and Cole said Vapor looks forward to continuing to support Packet's software and that "we're very excited for Packet."