US mobile network quality declines, but helped by 5G  study

Overall mobile network quality waned a bit among US operators as more devices were loaded onto their respective networks and used for streaming and other types of data-hungry applications, according to a new study released this week by J.D. Power.

J.D. Power said its study, 2022 US Wireless Network Quality Performance Study – Volume 2, found that more problems were cited and the overall perception of network quality declined when compared to a Volume 1 study released in January 2022.

Slow-loading content or a failure to load content was the most commonly reported problem, found the study, which was based on responses from 34,174 wireless customers in six US regions (Mid-Atlantic, North Central, Northeast, Southeast, Southwest and West) gathered from January to June 2022.

The study used that data to check network quality problems per 100 connections (or "PP100") in call quality, messaging quality and data quality. On an average, aggregate basis, the study found that the PP100 dropped a bit in the Volume 2 study compared to Volume 1. By region, here's how those numbers compared:

J.D. Power pinned some of the blame on increasing data usage and more devices entering the network.

"An uptick in wireless and device usage was bound to catch up to network quality," Ian Greenblatt, managing director at J.D. Power, said in a statement, noting that increasing data use and the use of streaming applications are making customers more aware of such problems.

The good news is that these issues appear to be less acute in areas where 5G is available.

As operator bragging rights go, Verizon ranked the highest in the five regions evaluated by the J.D. Powers study, achieving the fewest network quality problems per 100 connections in five of the six regions that J.D. Power studied. AT&T was tops in the Southwest region.

Here's a snapshot of the study results in the Northeast region: 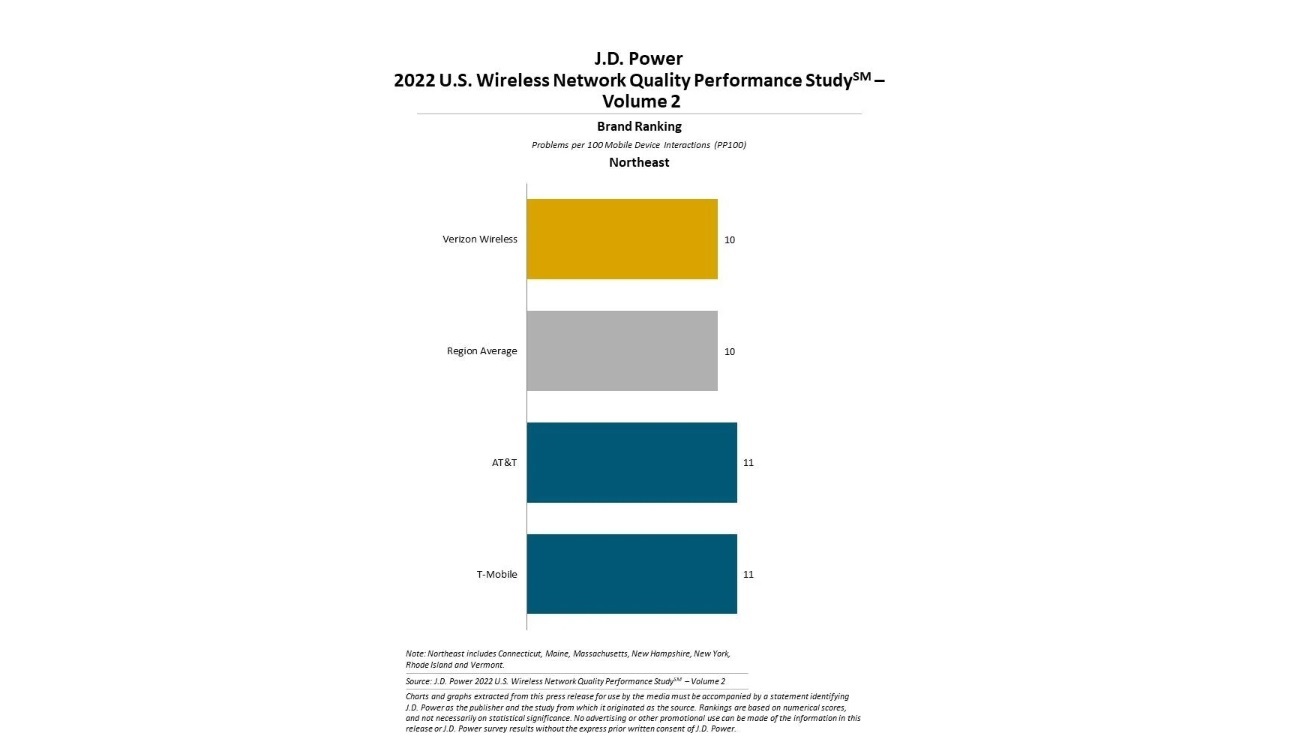 Click here for a larger version of this image.
(Source: J.D. Power. Used with permission)