While much of the industry is focused on the technology involved in developing edge computing, there is also a quiet land grab underway to identify the best locations for more localized aggregation of computing and storage power, according to one major vendor.

Schneider Electric is a supplier to the broad range of companies engaged with edge computing from the network operators themselves to Internet giants, enterprises and tower owners, providing power infrastructure plus building management and automation. Its EcoStruxure platform is used for six domains -- Power, IT, Building, Machine, Plant and Grid -- across many different industries.

And that gives Joe Reele, vice president of Datacenter Solution Architects at Schneider, a pretty good perspective of what is happening at the edge of the network, as the telecom industry tries to sort out not only how edge computing comes together but where.

"Schneider Electric serves the entire market from Internet giants to enterprises to colocation to cloud-hosting facilities and so we are incredibly knowledgeable by working with all of those clients and we are leveraging some of the business challenges to help the industry, in general, to come up with a better way to handle it," Reele says. "I'm talking to these executives all the time about the challenges they are facing." 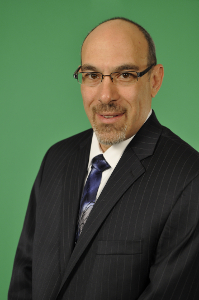 What he is seeing is a move by a variety of companies to quietly identify and purchase the real estate needed to provide edge computing at sites between the widely distributed cell towers and either the local Central Office or a regional data center. The need for these aggregation sites, in Reele's mind, is twofold: providing a centralized place for the disaggregated baseband units of Cloud Radio Access Networks, and enabling interconnection to multiple networks, along with the compute/storage required.

"One of the biggest arms races that is taking place right now is not technology, it's not fiber; the arms race is basically on real estate right now," Reele tells Light Reading in an interview. "It's finding those locations, buying that real estate, that building. It might be an old building that has six different pieces of fiber coming into it down in the basement somewhere. Smart people are scouring the country right now to find those places."

Tiers of edges
The Schneider Electric exec says these sites will be part of the broader ecosystem that includes converted Central Offices and regional data centers operated by the companies such as Equinix Inc. (Nasdaq: EQIX) and Digital Realty Trust Inc. , each of which will have some role to play, depending on the market.

There is already edge computing being distributed to cell towers, by companies such as Vertical Bridge and Data Bank, who are partnering to bring micro data centers to the tower infrastructure in support of C-RAN, which will separate the distributed radio heads from the baseband units.

Reele points out that most of the 250,000 cell towers serve multiple wireless operators, but many don't serve all of them, and they don't offer cross-connection between them at the tower. That means companies that want to distribute content and applications closer to the customer will be looking for more connected sites, at which content can hop from network to network.

He sees a rise in sites that can serve as "BBU hotels" for the baseband units of the C-RAN architecture, as well as a point of interconnection for content distribution. In some markets, a centrally located telco CO, converted to a data center, may also serve this purpose.

"The Verizon CO in Dallas might become a BBU hotel and it serves all of the towers in the Dallas market versus the way it used to be where you had RAN at every tower," he notes. "Wireless operators using their own COs would be one location. A second location very well could be those regional colocation data centers, where they have a bunch of cross-connects and a bunch of dark fibers and there is an ability to get a bunch of networks and all that kind of stuff."

But Reele says smart companies are also figuring out if existing infrastructure is there to provide these smaller data center sites, in the 250 kilowatts to 1-megawatt range or if such buildings can be built and, if so, where's the best location to get the maximum connectivity.

"People will talk about technology this, 5G that, blah blah blah," he says. "I think they are overlooking one of the most important pieces. If I am not in the right place with the right things, I'm out of the game. It's pretty simple -- it doesn't get any more complicated than that."

Next page: EdgeConneX in action

DHagar 8/8/2018 | 5:01:44 PM
Re: The Great Edge Computing Land Grab Printable Calendar @miles.m, there you go!  That is exactly what I believe will develop are new "networks".  Thanks for example.  Plus, I believe the communications service providers will play a role - so we will have infrastruction, connection, distribution, and services.

It will be a new landscape!

I believe the answers will evolve into a hybrid.  There must be a foundation for existing locations (ie, cities), but "connected" in new and different networks.  I believe that is the opportunity for new relationships and models to form between infrastructure and service providers, and public/private partnerships?
Reply | Post Message | MESSAGES LIST | START A BOARD

kq4ym 8/7/2018 | 8:25:43 AM
Re: The Great Edge Computing Land Grab Location, location, location seems to still be holding up even in the world of computing and internet. While it's noted that "the arms race is basically on real estate right now," it will be interesting to see how local governments react to the demand for more commercial uses of buildings and locations needing access for antennas and infrastructure that wasn't contemplated when zoning and building regulations were originally put into place decades ago.
Reply | Post Message | MESSAGES LIST | START A BOARD

DHagar 7/26/2018 | 5:59:17 PM
Re: The Great Edge Computing Land Grab Carol,  outstanding.  The view from towers will be interesting.  That is very true on his broad view.  I am beginning to believe there will be new roles and interrelationships as the edge computing is applied and deploys 5G, IoT, etc.

Thanks for great information and keeping us in the current know!
Reply | Post Message | MESSAGES LIST | START A BOARD

Carol Wilson 7/26/2018 | 11:31:16 AM
Re: The Great Edge Computing Land Grab Thanks. The thing I like about Joe Reele is that he has not particular axe to grind on how this all happens, since Schneider Electric is a vendor to just about everyone in this ecosystem. I thought his perspective was very valuable.

Right now, every conversation on edge computing with the different players seems to go off in a new direction. So much is happening that it's hard to track. Today I'm talking to some tower folks to get their views.

Excellent and timely article.  I'm not going to jump in to the semantic arguements of what and where the edge is.  However, if an application's edge needs a bunch of CPU's it needs a roof (and HVAC, Security, ...) or at least an environmentally hardened enclosure.  Hence, it's real estate.  Who happens to have real estate in most city centers? The ILEC/PTTs.   How they play their RE cards should be interesting to watch.

Great blog and outline of the "changing" landscape and bi-directional networks that are resulting.  The is more that we don't know, in that the future will be played out in different models, etc., than what we do.

Thanks for keeping us informed.