1&1 has not said much about its rollout of a fourth mobile network in Germany. Owned by United Internet, the company has functioned for years as a mobile virtual network operator (MVNO), buying space on Telefónica Deutschland's network to compete. Then, in 2019, it spent nearly 1.1 billion (US$1.1 billion) on spectrum licenses of its own. Last year, responsibility for building the network that will use this spectrum was handed to Rakuten Symphony, the telco vendor bit of Japan's Rakuten. But 1&1 has remained hush-hush about many of the details.

Not all of them are hidden. Under regulatory marching orders, 1&1 must install at least 1,000 basestations by the end of this year, covering 25% of German households by 2025 and 50% of them by 2030. Using fiber-optic links  and drawing on assets owned by Versatel, a sister company  its sites will be connected to around 500 small data centers dotted around Germany. It has struck tower-leasing deals with Vodafone and American Tower and plans to invest between 800 million ($826 billion) and 1 billion ($1 billion) in capital expenditure this year alone. Last year, it spent just 290 million ($299 million).

What had not been confirmed were the names of product suppliers besides Rakuten Symphony, but a few have just been outed by Tareq Amin, Symphony's boss. Unsurprisingly, they include some of the companies Rakuten has acquired and bundled into its Symphony offer. Others are third parties that Symphony, as the effective systems integrator, will need to coordinate. 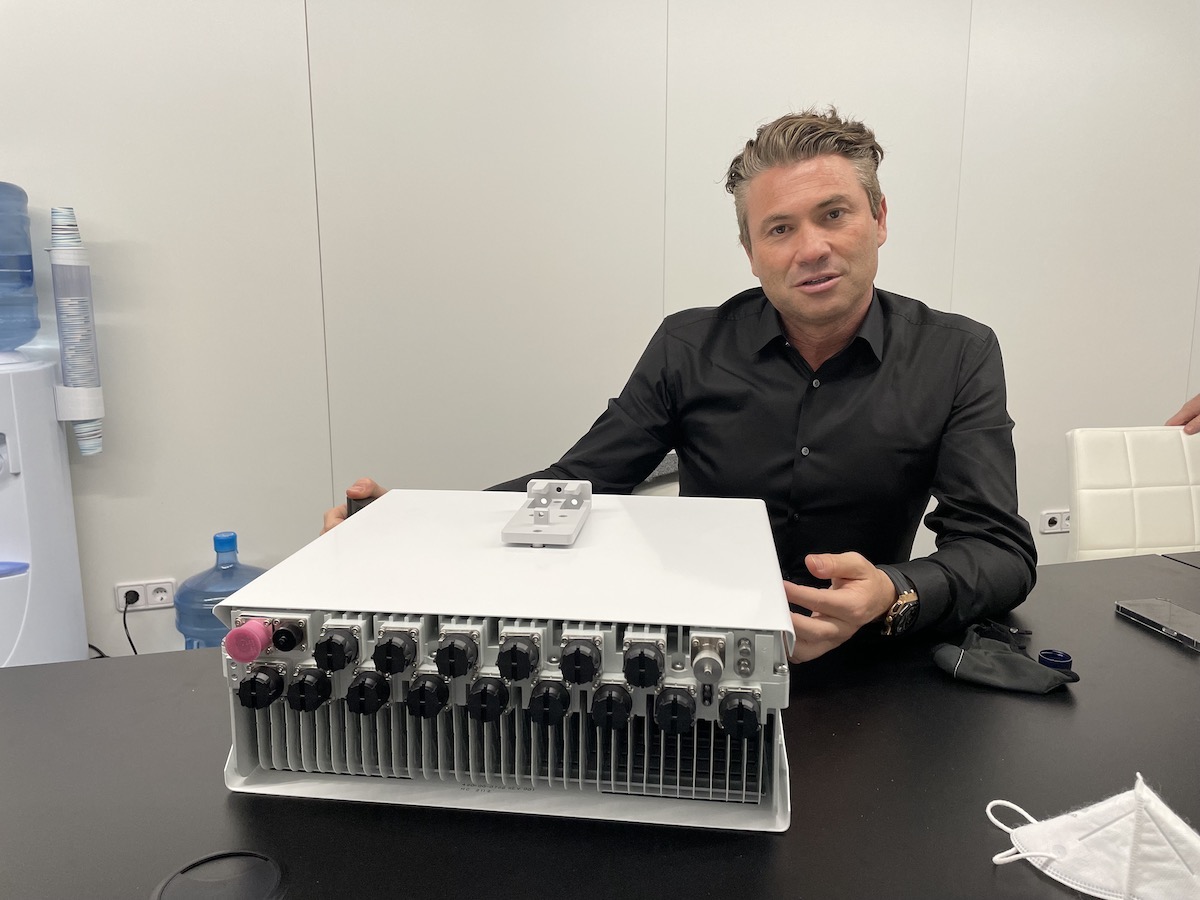 Contributed by Symphony directly is Altiostar, the developer of radio access network (RAN) software that Rakuten took full ownership of last year for an undisclosed fee. The cloud platform that hosts Altiostar, as well as other software elements, will come from Robin.io, another company Rakuten has acquired.

"The cloud environment for the CU [central unit], DU [distributed unit], IMS [Internet Protocol multimedia subsystem] core, packet core  anything and everything  is running on Robin.io," said Amin. "The entire cloud is our own private cloud."

As for external partners, much of 1&1's spending will go on remote radio heads being supplied by NEC, an electronics giant that figures prominently in Rakuten's own 5G rollout in Japan. Cisco, another company Rakuten has used for its Japanese deployment, is providing Internet Protocol transport technology, said Amin. And Mavenir, a US software developer, is stumping up the core network products.

The latter choice is especially interesting because Mavenir competes directly against Altiostar in the market for RAN software. While the core is a separate domain, a successful working relationship between Mavenir and Symphony would demonstrate to the industry that Rakuten is able to collaborate with sometime rivals in its systems integrator role.

Amin and his colleagues were also able to share data from trials of fixed wireless access (FWA) services by 1&1 in Germany. Those delivered speeds of 1 Gbit/s and data transfers of more than 8 terabytes per customer over a 24-hour period.

But the real breakthrough, as far as Amin is concerned, was the latency of just 3 milliseconds (ms), a measure of the time it takes for a data signal to travel roundtrip on the network.

"Are we not all tired of talking about throughput as a key measure of 5G?" Amin told Light Reading in response to a question about 1&1's strategy. "The first accomplishment is to deliver 3-millisecond latency and to put a Minecraft application server, the UPF [user plane function], CU, DU and Robin.io all collocated in the same pod. This is just brilliant."

The latency measurement is potentially important because some experts believe the roundtrip takes too long on existing mobile networks to support advanced applications, such as virtual-reality gaming. In a blog published in February, Dan Rabinovitsj, the vice president of connectivity for metaverse-touting Facebook, wrote that "on a head-mounted mixed reality display, where graphics will have to be rendered on screen in response to where someone is focusing their eyes, things will need to move an order of magnitude faster  from single to low double digit ms." Levels of between 75 and 150 milliseconds are good enough for today's latency-sensitive applications, he said.

Reducing latency, however, is not just about having great software. Operators may have to install IT resources in more than just one or two data centers so they can shorten the physical distance a signal must travel to reach the customer. Not everyone would agree with Ralph Dommermuth, United Internet's CEO, that as many as 500 facilities will be needed for real-time applications in a country the size of Germany. But if he turns out to be right, 1&1 could have a major advantage in the metaverse.