As CTO of Equinix, Ihab Tarazi had a front-row seat to the explosive growth of the cloud ecosystem, with its combination of massive data centers, connectivity, colocation and cloud on-ramps. Now he's moved on to a new frontier, seeking to build another ecosystem of compute and networking, this time at the edge of the network and his new company, Packet, is vying to become a new kind of service provider.

What New York-based Packet provides is bare metal compute power, as a service, within what is expected to be a booming number of distributed edge data centers, many living at the base of a cell tower. As such it is part of a very new and sometimes confusing collaboration of companies, many of them newer firms, that are trying to define this space and be ready for the explosion of edge computing expected ahead.

"The people that build the biggest clouds are also going to build their own hardware from scratch," Packet CTO Tarazi explains in an interview. "So the biggest platforms, they have gone with vertical integration to build the software and hardware. But if you are not one of the big six or seven players, then you need somebody like Packet to be able to work with on building the next platform." 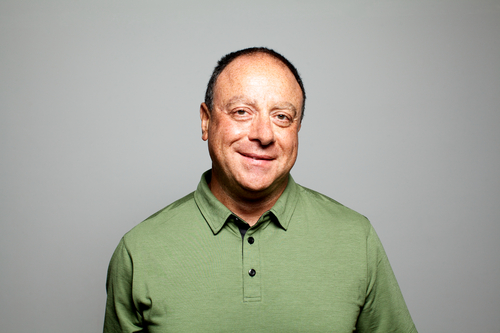 As Philbert Shih, managing director of Structure Research, explains things, it is still very early days for this evolving edge ecosystem, but there are companies poised to be leaders and he sees four-year-old Packet in that role.

"They are one of a very few independent service providers that are working hard and are very close to bringing raw compute to edge locations," Shih tells Light Reading. "There are just not a ton of providers working on this stuff, but they are and they are much further along than a lot of other people."

As Tarazi and Shih lay out it, there are some edge players such as Vapor IO and EdgeMicro who are working to build the physical spaces that will be the edge data centers, initially targeting cell towers. In addition, some cell tower owners may build these spaces themselves. What Packet, which is currently partnered with Vapor IO, does is buy colocation in those edge data centers from whoever is building them and then provide the bare metal cloud which delivers edge compute power for applications developers and more, on an automated basis.

"Thousands of people don't want to build their own servers and go install them, that is too much work for them and it's too many locations," Tarazi says. "They want somebody like Packet to do it for them. So we would be a customer of one of those players, we would be deploying our platform inside, let's say VaporIO or Edge Micro. There are a lot of partnerships and we are working very closely with cell towers as well to team up to bring out a platform to them."

And because Packet's bare metal compute is consumed on an automated basis through an applications programming interface, as larger cloud services are today, it offers the flexibility and efficiency of Infrastructure-as-a-service but at these widely distributed locations.

Of course, there is also the multi-access edge compute model that network operators themselves are pursuing, Tarazi notes, and that includes developing their own edge compute infrastructure. He sees the two models coming together in a couple of places, one physical and one more technology-oriented.

The physical location is the in-building or venue space, where companies are now investing in private LTE, also called Citizens Broadband Radio Service (CBRS) and shared spectrum, to extend coverage via distributed antenna systems and more, to support users within a building or venue.

"When people build that at venues, they have their own wireless hotspots, like WiFi, and all of these new wireless options need a place to connect," he says. "All of these new platforms are software only and therefore they need edge compute like Packet."

On the technology side, Tarazi says Packet is working through the Linux Foundation and other groups to agree on an edge architecture for the Internet of Things and other applications, and those efforts involve network operators as well.

"I think what is going to happen is that you will build the network and have a new architecture also involved that will include data centers and cloud platforms and then the two will connect somewhere, I have no doubt we are going to connect, it is just a matter of time because the technology is very complex," he comments.

There are still questions to be resolved about both the technology and the business models within these ecosystems, which is why everyone is constantly saying this is early days all around for edge computing.

"This new ecosystem that is emerging involves a lot of different players and a lot of new players are new companies that have developed in the last two or three years," says analyst Shih. "In many cases, they are building a complete different business model. These are new concepts to all of us and there is still a lot to be sorted out."