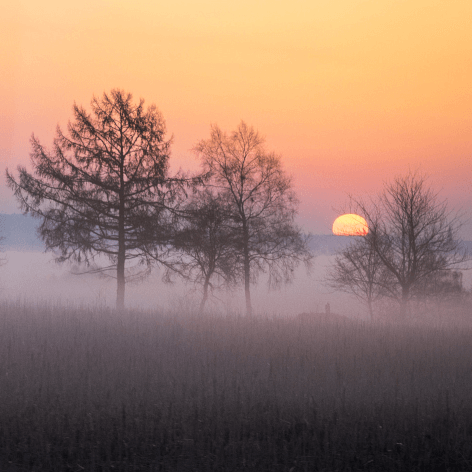 Cisco once tried to popularize fog computing as an alternative to the edge. If you've never heard of it, you are not alone. For a short period, fog computing gave rise to a new industry group called the OpenFog Consortium (because the industry needed another group with open prefixing its name), but this was eventually absorbed into a bigger association known as the Industry IoT Consortium. Mentioned zero times at Informa's edge event in London this week, fog computing has evaporated like morning mist.

Pity, because it is a better description of the edge than "the edge," as well as being a metaphor that suitably captures the industry's befuddlement in this area. As an expression, the edge really doesn't make any sense at all, suggesting networks have a firm boundary like a baseball field. If they do, it is the coverage limit in rural areas – and that's not the sort of place where someone would necessarily want to put a lot of computing power. Fog, by contrast, alludes to the drift and dispersal of IT resources across the entire network – from central data facilities to user gadgetry. 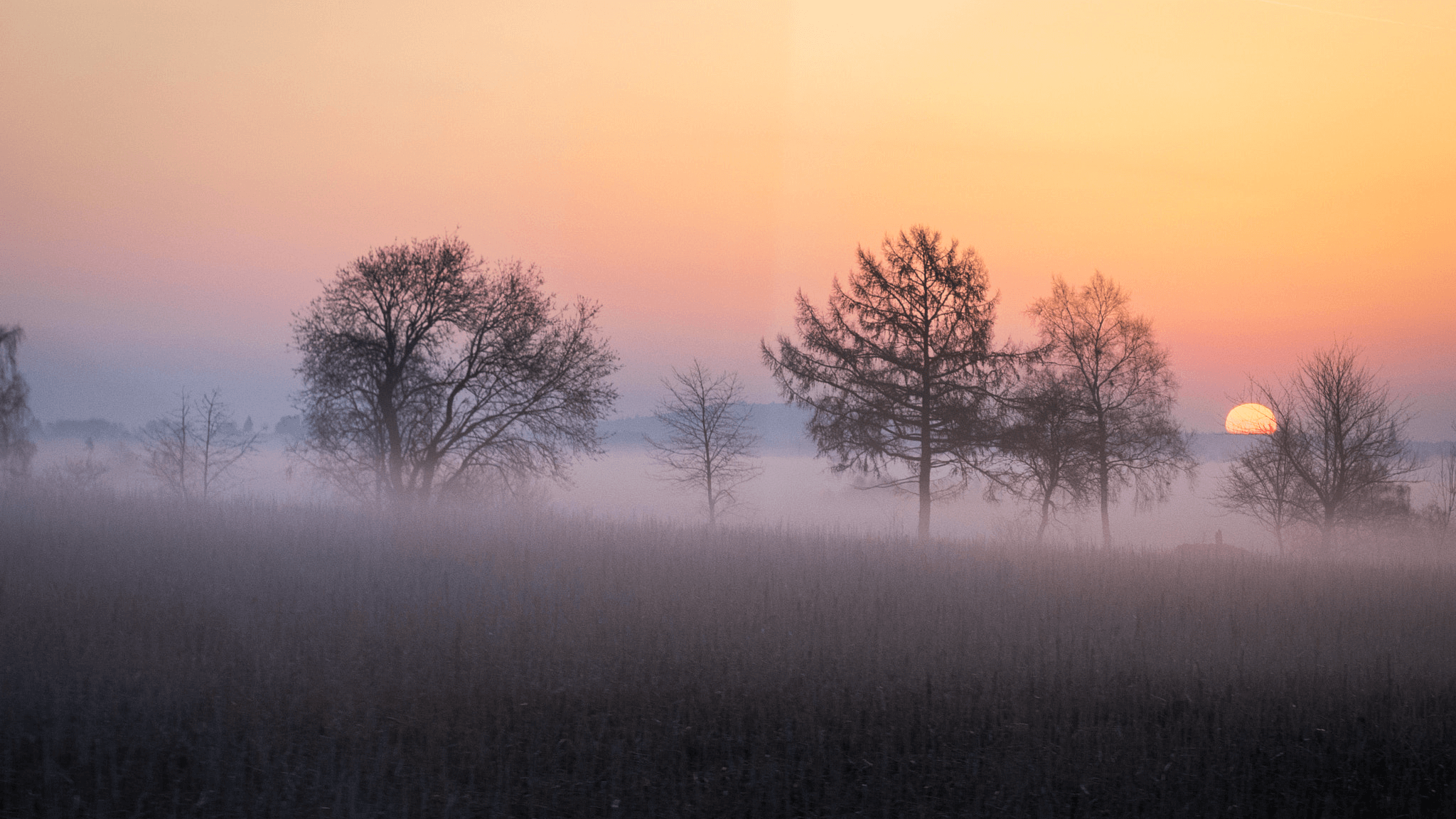 No one in telecom is very clear if this decentralization makes sense or what form it could take. Typically, operators favor centralization. "We don't want to put a lot of edge clouds out there," said Terje Jensen, the head of network architecture at Norway's Telenor, during a presentation at Informa's London event. "We want to centralize as much as we can."

Dotting the landscape with "edge centers," even if it means kitting out existing premises, would probably not be cheap. Operators would presumably have to invest in additional server equipment and software licenses, at least. Unsurprisingly, then, the cheerleaders for this rearchitecting of the network include equipment vendors like Intel and software developers, whether big or small. Intel estimates the "edge silicon" market will be worth $65 billion by 2024 (it's unclear if this means cumulative industry revenues by then, but Gartner put annual semiconductor sales at $595 billion last year).

Puking in the metaverse

There are a few reasons why an operator might do it, conceded Jensen. The most exciting is all about service improvement. By shortening the journey for a data signal between the customer and the site, an operator could reduce latency, a lag that might interfere with more advanced applications. Otherwise, virtual reality would be disorientating enough to have headset wearers puking over their omnidirectional treadmills after just a few seconds in the metaverse.

But the metaverse remains science fiction, and operators do not want to build the low-latency infrastructure for it if all the additional revenues end up with Facebook or other members of Big Tech. Today's latency-sensitive applications do not need an edge site for every town. Three UK believes it can address customer needs for "reduced latency" through a network comprising just three big data centers and 19 edge facilities. 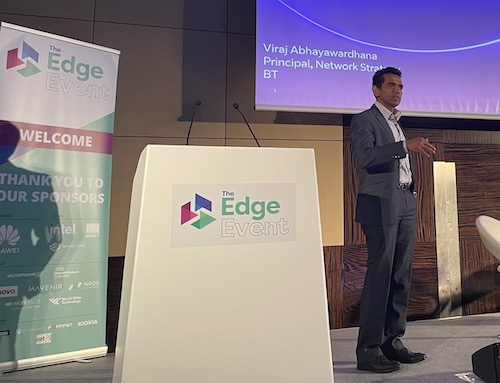 Other UK operators seem in broad agreement. "The fiber lengths are not as long as in the US and the incremental benefits of latency are quite small compared with large countries," said Viraj Abhayawardhana, who works in network strategy at BT. Vodafone UK, which partners with AWS at the edge, expects to make do with a handful of edge sites, at most. So far, it has deployed only one, while its German sibling operates three.

Business customers, however, might want data processing to be done locally, according to the BT executive, at least partly to ensure they comply with data sovereignty laws. But this does not sound like an especially convincing "use case" for the telco edge. For one thing, sovereignty concerns tend to be national, not more localized (any UK data center would probably do for a UK business, regardless of location). And a company seriously worried data could fall into the wrong hands seems likelier to have its own private cloud. There could still be opportunity for a telco – but it is less clear.

The other main reason for investing in the edge is about internal efficiency. In France, Cellnex, an infrastructure owner, is helping to shift parts of a radio access network (RAN) that Bouygues operates into 100 edge facilities, for instance. But this is about centralization rather than decentralization. IT resources in the RAN usually sit at the bottom of a mast. A "cloud RAN," as operators call it, means sucking them into a smaller number of facilities and using less IT equipment. Without suitable fiber connections back to the masts, latency becomes an issue.

For this reason, Tommi Uitto, the head of Nokia's mobile business, thinks many operators will consolidate only their RAN central units, responsible for the functions that are not latency-sensitive, and leave the so-called distributed units (DUs) at masts. "The DU must be no more than 20 kilometers away from the cell site because it has real-time-sensitive functions," he said during a recent interview. "In practice, it might not make sense for anybody to build a new grid of this type of edge sites, and that is why we believe most DUs will actually reside at the cell site."

That makes it even harder to envisage an edge deployment numbering hundreds of sites in a particular country. If an operator could use those sites for both DU functions and other IT resources, the business case would undoubtedly be stronger. But operators increasingly look like the unglamorous assistants to Big Tech on the customer-facing side, clinging on where they can. Amazon does not require a telco partnership to sell AWS to a business or Amazon Prime to a household. Does it need one to sell edge services?

Of all the various cloud/edge/fog (OK, scratch the last) products AWS offers, Wavelength seems to be the only one developed with operators in mind. Wavelength allows operators to run AWS compute and storage services in their 5G networks and benefit from access to the AWS community of app developers. But the commercial arrangements, including revenue-sharing details, are hidden from view. And Vodafone has little to show from the tie-up so far – just four edge sites in the UK and Germany, a long list of relatively niche use cases and flattish revenues at Vodafone Business.

Company messaging has also been somewhat contradictory. "Customers say they do not want to be locked into one cloud provider and that is where telcos can play a role by connecting from multiple clouds," said Elizabeth Rumsey, a senior global product manager at Vodafone Business. Yet while Vodafone does have deals with other public clouds, AWS seems to be its only partner at the edge. 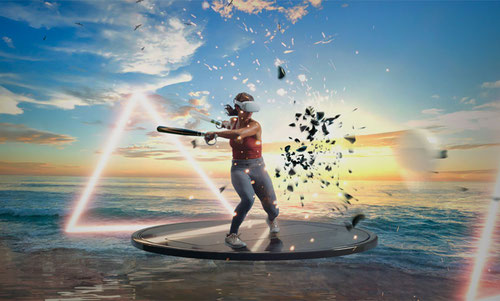 The metaverse is potentially the killer app for edge computing, but who profits?
(Source: Meta)

Indeed, the exclusivity of that arrangement is why MobiledgeX – an edge middleware platform started by Deutsche Telekom but recently sold to Google – never had success with Vodafone, according to Jason Hoffman, its former boss. "AT&T is pretty deep on Microsoft, Verizon is pretty deep on AWS and Vodafone is pretty deep on AWS, and so we don't do anything with those three," he told Light Reading at the start of the year.

It's a dangerous world for telcos. Heavy spending on 5G and fiber rollout has chewed into free cash flow at BT. Its sales are not growing, and it seems bound to lose broadband market share as rivals build new networks. If the edge becomes another expensive job, profitability could erode even more. But if BT stubbornly refuses to invest (as it originally did in fiber broadband), others might fill the void. Cellnex is already positioning itself as a "neutral host" for edge infrastructure – a move that could make telcos even less important to Big Tech.

Fog has another attraction over the edge as a term for all this – its sinister qualities. That which rolls into Antonio Bay in The Fog, John Carpenter's 1980 horror classic, hides piratical zombies with murderous intent. The form that eventually sweeps across networks could bring a few nasties of its own.

The role of hyperscalers in edge computing
Building telco edge: Why multicloud will dominate
Building an adaptable 5G Core on an open source container platform
How to build and operate at the edge
Delivering Interactive Media Using New Edge Applications
More Blogs from Morris Lore
Rakuten takes aim at VMware, and it's not the only threat