It was billed as a future industry standard for edge computing, run separately as a Silicon Valley startup to make sure it was not smothered by its telco parents, but MobiledgeX is effectively dead. First reported by TelecomTV, its sale to Google by Deutsche Telekom and other owners (including Samsung and VMware) marks the latest failure to defend telecom from the hyperscaler advance. MobiledgeX joins a long list of other industry outposts that were swiftly overrun. 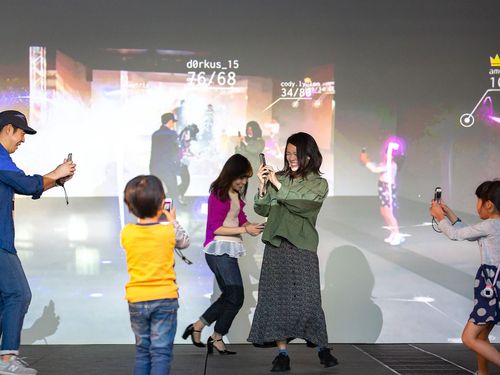 Virtual dodgeball, supported by MobiledgeX, has still not taken off.
(Source: Deutsche Telekom)

The only current certainty is that MobiledgeX is to be open sourced, confirmed by Deutsche Telekom in a brief statement sent to Light Reading. "We are proud of the contributions MobiledgeX has made to the telco industry in various initiatives with the GSMA and operator community, and we look forward to seeing its continued impact as an open source solution," it said by email.

Google's first move, however, has been to purge the Internet of references to MobiledgeX. News stories still abound, of course. But the company's own website appears to have vanished along with its LinkedIn page. Meanwhile, there is zero mention of MobiledgeX on any of Google's own sites. It is as if a church has stamped out a heresy.

Founded in 2017, MobiledgeX was conceived broadly to support the telecom sector's move into edge computing. The basic idea was to deploy IT and network resources at numerous points across the footprint, rather than just one or two big data centers. This redesign, it was hoped, would bring service benefits. Latency, a measure of the journey time for a data signal, would fall. Processing could be done nearer to end customers. New applications in need of these features would appear. MobiledgeX was the glue that would hold it all together.

In industry parlance, it was the provider of middleware  the vital link between software applications and the network's operating system. And what it developed probably explains Google's interest. "My hypothesis is that MobiledgeX does have something of value in terms of abstraction and the integration effort between the cloud and telco realms," said Foong King Yew, a Singapore-based independent analyst and member of the industry advisory group on electrical engineering for the University of Melbourne.

Yet MobiledgeX had barely made an impact, according to sources. While it was boasting deals with 26 operators altogether  including Telefónica, Orange and BT  there was little sign of investment or industrialization by any of these players. A case in point is Deutsche Telekom, which recently acknowledged it has made little progress on edge networking since MobiledgeX was born.

"We have five edge sites deployed in Germany and very limited customers," said Abdu Mudesir, Deutsche Telekom's chief technology officer, at this year's Mobile World Congress (MWC). "The use cases are not coming as fast." This was three years after the German operator had put edge computing at the center of its MWC booth, giving up valuable real estate so that smartphone gamers could play virtual dodgeball courtesy of Niantic (the game developer), Samsung (the handset provider) and MobiledgeX.

The other problem was that some of the world's biggest service providers were hitching themselves to other edge wagons built by the hyperscalers themselves. Verizon, Vodafone, SK Telecom and KDDI all committed themselves to Wavelength, an AWS technology, in the same year Deutsche Telekom was showing off virtual dodgeball.

Even Jason Hoffman, the erstwhile CEO of MobiledgeX (who has not joined Google but left to form his own consulting firm, S8 Advisory Partners), recognized this was a constraint on MobiledgeX. "AT&T is pretty deep on Microsoft, Verizon is pretty deep on AWS and Vodafone is pretty deep on AWS, so we don't do anything with those three," he told Light Reading in January, highlighting Microsoft's edge involvement with a US telecom giant.

All this has made it harder for MobiledgeX to gain traction and build the scale it needs to compete against those same hyperscalers, according to Foong. "Without everyone coming on board and fully supporting this, like we have with 5G and the GSMA, it is going to be difficult," he said. "Even if they come on board, there are always so many clashing personalities and divergent self-interest."

Indeed, Deutsche Telekom failed to attract any equity partners from the service provider community bar SK Telecom, one of the operators announced as an AWS Wavelength customer in 2019. Majority ownership by a single operator seemed hard to reconcile with the mission of turning MobiledgeX into an edge middleware standard. Hoffman admitted in January that its long-term survival as a commercial venture was in doubt.

"We could be like Firefox and function as a non-profit foundation with a commercial arm, or like Chrome  open source but supported by Google," he said at the time. Open source or not, Google's takeover throws up a different but familiar-sounding concern  that telcos are becoming as over-reliant on a small number of US public clouds as they are on a trio of mobile equipment vendors.

The takeover by a hyperscaler also creates a conflict of interest. One recently stated goal of MobiledgeX, as an abstraction layer, was to ensure customers could port their systems between different edge clouds, avoiding dependency on any single hyperscaler. This was certainly not a feature the hyperscalers were advertising, said Hoffman.

"They are showing roadmaps over the next three years to do everything that we do  of course, with the exception of allowing you to move from them," he said in January. Feasibly, Google wants to address customer demand for multicloud deployments, and it has already started marketing its homegrown Anthos technology as a platform that supports both AWS and Microsoft Azure. But it presumably did not buy MobiledgeX for the charitable benefit of its main rivals.

Open sourcing MobiledgeX does not guarantee success for Google, notes James Crawshaw, a principal analyst with Omdia (a sister company to Light Reading). "Open source projects generally only fare well if there is an active community of supporters," he said by email. But if anyone can make MobiledgeX fly in this open source guise, it is surely Google. The Internet giant has open source running through its DNA and is already the biggest single contributor to high-profile open source projects such as Kubernetes.

"All their efforts throughout the years have been on removing barriers in the marketplace to enable a freer flow of information and data," said Foong. "That helps them sell more targeted advertising and better understand the customer. I think that would explain why it is having this as open source code."

Perhaps the best example of these dynamics comes from Android, the open source operating system Google first released in 2008. Now one of only two mainstream smartphone operating systems in use globally (the other being Apple's iOS), it supports around 3 billion devices that feature Google's ad-supported services, according to the latest estimates. Google also benefits by taking a cut of sales generated by developers writing apps for its Play store. Last year, Google's "other" revenues, which include YouTube subscriptions, sales of hardware (such as Fitbit) and Google Play, grew $6.3 billion, to more than $28 billion.

If an app store for the edge is hard to envisage, Google's lucrative provision of edge support and services built on its cloud offerings is not. Last year, Google Cloud made $19.2 billion in revenues, up from just $13.1 billion in 2020, while market leader AWS recorded a 37% sales increase, to $62.2 billion. This is sales growth the telecom sector can only dream of. With the MobiledgeX divestment, Deutsche Telekom may have to settle for living vicariously through Google.