LAS VEGAS -- A top AT&T network executive said the carrier plans to soon begin testing edge computing functions for enterprise applications in its AT&T Foundry test center in Plano, Texas. The news reflects the operator's growing interest in edge computing as well as the rising amount of hype around the technology across the wider wireless and computing industries.

Alicia Abella, AT&T's VP of integrated planning and program management, said the operator plans to run the tests this year in order to determine exactly how edge computing might be utilized by various enterprise users in verticals ranging from healthcare to public safety.

An AT&T representative added that the operator will likely disclose the details of the planned tests in the coming weeks. 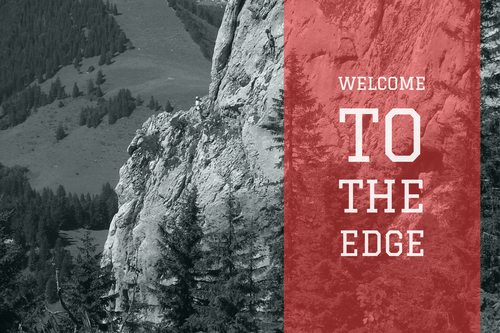 AT&T's plans to test edge computing for enterprise use cases follow its tests of edge computing for consumer uses that it conducted last year. Specifically, the company last year said it researched augmented reality, virtual reality and cloud-driven gaming with gaming developer GridRaster. Perhaps not surprisingly, the company said it found that "the edge configuration presented the most favorable outcomes for application performance," and noted it would continue to test edge computing technology for gaming with Ericsson and Nvidia.

But VR and gaming is just one potential edge computing use case. Executives at AT&T and other wireless companies have argued that the combination of 5G network technology and edge computing designs could be applied to a wide range of opportunities, from autonomous driving to video monitoring in smart cities.

The basic argument for edge computing and 5G goes like this: 5G can transmit data at much faster speeds and much lower latency than 4G and other wireless technologies. However, a computing request (like asking Siri what the weather is in Las Vegas) must still be sent to a data center where it can be processed and answered. Data centers can be physically located hundreds or even thousands of miles away from the users asking the questions. The time it takes for a request to be sent, processed and then returned can range up to 100 milliseconds or more, depending on the network it travels over, and the time it takes for a computer to crunch the data.

Enter edge computing: Under an edge computing scenario, that data center that would answer a users question would be physically located closer to the user. For example, it could be located at the base of an AT&T cell tower near the user, or in the back of an AT&T retail store. Such a design would essentially cut out the long-haul component of any computing request, thereby reducing the overall latency to 20ms or even lower. Those in the industry argue that this kind of setup could allow operators to offer dramatically faster services or even completely new services.

What services exactly? That's where AT&T's Foundry centers factors into the company's overall strategy. AT&T operates a number of these test and innovation centers around the world, with the goal of working with developers and others to innovate and create new services. AT&T recently announced that its Foundry in Plano would focus on key enterprise vertical industries: manufacturing, retail, finance, healthcare and the public sector.

During a panel discussion here at the CES show, executives from technology vendor and integrator IBM and silicon design company ARM said that edge computing could create significant opportunities across all kinds of business sectors. "It's a huge sea change for our business," said Rene Haas, president of ARMs IP products group.

"We see this as a fundamental shift from where computing is going to happen," added Craig Farrell, VP and CTO for IBMs telecom business.

For example, Farrell said that video could be cached much closer to users under an edge computing scenario -- potentially in a data center located in a users own neighborhood. As a result, advertisements for local businesses could be injected into that video, thereby creating significant new business opportunities for video providers like AT&T.

Similarly, ARM's Haas said that an autonomous car that relies on video analytics to discern bicycles from pedestrians would need that information immediately, and so the latency supplied through edge computing would, therefore, be critical.

And AT&T's Abella said that drones could be deployed in disaster situations if they are connected to speedy networks that provide first responders with super-fast latency.

Testing isn't AT&T's only edge computing strategy. The operator has also had a hand in developing the Akraino open source software platform that is being touted as a kind of sort of blueprint for operators edge deployment efforts. Akraino in part promises to create a platform that developers can use to create edge computing applications. (See AT&T Boosts Akraino With Code, Summit.)

AT&T isn't alone in the edge computing space, of course. Startups like Packet and EdgeMicro are promising to build the edge data centers that will be necessary to run edge services. And other operators like Deutsche Telekom and Verizon are moving to create edge computing platforms and services. After all, Grand View Research predicts the global edge computing market could be worth $3 billion by 2025.

Your readers may be interested to know that there is a tremendous amount of innovation taking place at the edge from start-ups. Rafay Systems has an edge platform today and we operate a global CDN for Microservices infrastructure. For more information, rafay.co.

Phil Harvey 1/11/2019 | 9:54:22 AM
Update This story was updated to reflect a more current and, frankly, more impressive title for the AT&T exec quoted.
Reply | Post Message | MESSAGES LIST | START A BOARD
EDUCATIONAL RESOURCES