Approaching the edge: IBM is ready for the 5G factory 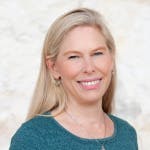 If you're one of those people who thinks of IBM as a structured, disciplined company, you won't be surprised to learn how IBM approaches the edge. The company has carefully considered the enterprise technology landscape and structured its business units accordingly. Its edge computing practice is one part of a 3,000-person organization called Intelligent Connected Operations, which includes Asset and Building Optimization, Manufacturing and Industry 4.0 and IoT and Edge Computing. Within edge computing, IBM distinguishes three distinct tiers: the network edge, on-premises enterprise edge infrastructure and edge compute devices.

IBM defines the network edge as a service provider network facility that hosts enterprise computing, and may coordinate supporting network capacity with those work loads. On-premises edge infrastructure is just what it sounds like: computers and other IT equipment that support edge computing at the enterprise location. (IBM calls these "edge clusters.") Last but certainly not least, edge devices are connected, purpose-built machines like cameras and robots, with built-in compute capability. Robert High, CTO for IBM Edge Computing, said cars and trucks are quickly becoming edge devices.

"We've talked to virtually every automobile manufacturer in the world and right now they are all going through a process of re-architecting their vehicles to have open compute running Linux, or variants of Linux, and of course in all these cases we're talking about things that have the potential to run that workload as a container," High said. He added that containerized software has the potential to bring cloud-native development practices to the edge across all three of the edge computing tiers IBM defines.

Orchestration is key to telco offering
High said IBM's telco solutions are often merged with edge computing because of the synergy between the allocation of enterprise workloads and the allocation of network resources. The company's Telco Network Cloud Manager is a platform designed to enable equipment providers that deliver network functions in software to host those functions on standard IT infrastructure and help operators orchestrate the interdependencies of those functions.

IBM works closely with both service providers and their vendors. "We work with all the ecosystem partners to instruct their network functions using cloud-native development principles and then we work directly with the network providers to help them assemble that set of network functions into a coherent core network," he said. He added that this work is now extending beyond the core, as IBM works to align with open RAN standards and tries to "line up the key providers of network functions for the radio access network [RAN] for the telcos to use."

By focusing on orchestration and on open source solutions (through Red Hat), IBM is positioning itself as more of a partner than a competitor to many other cloud service providers. "Red Hat has always had a strong relationship with Amazon, Microsoft, Google, essentially all the hyperscale providers, of course IBM Cloud too, centered around the advancements that they're making in Kubernetes," said High.

Ready at the edge
Skip Snyder, the senior partner who leads IBM's Global Intelligent Connected Operations group, said edge computing is a key focus for the company's Manufacturing and Industry 4.0 group. As 5G opens up new industrial use cases for private networks, IBM will be ready with edge-based analytics. "Video analytics and acoustic analytics are prime examples of things that we want to do at the edge, just because of the size of video files," Snyder said.

David Meek, the partner who leads IBM's Manufacturing and Industry 4.0 practice, said the company's video and acoustic analytics are currently used by one of the world's largest auto parts makers. The unnamed customer captures pictures and sounds as the parts are welded together; Meek now knows the difference between the sound of a "clean weld" and a "dirty weld." Because the data is processed so fast, action can be taken in real-time.

"We can give prescriptive actions to the weld controller . to turn a bad weld to a good weld at the edge, while it's being made," Meek said. He added that the customer has seen an 18% decrease in cost-to-quality, and is saving more than $10 million a year.

Processing data at the edge can also help companies eliminate unneeded data instead of sending it all the way to the cloud. "99% of the data that gets sent up to the cloud for IoT in general is thrown away, it's never used," said High.

High expects 5G to create new opportunities for IBM in the manufacturing arena. "5G operates at frequencies that are a little bit more amenable to being deployed on the factory floor without creating interference with other wireless technologies," he said. "That kind of opens up a lot more flexibility.  a lot of the work that we're doing for the telcos is bringing forms of private 5G, private LTE, what they sometimes refer to as private MEC [multi-access edge computing] into these locations." In July, IBM said it will work with Verizon to bring 5G and edge computing solutions to enterprise customers.

Meek noted that dedicated 5G networks are still too expensive for most of the manufacturers IBM works with, but 5G is definitely on the roadmap for some. "The early adopters are planning for 5G," he said. "They're looking at their use cases a little differently and looking at their architectures to take advantage of 5G when it's available."