Roughly a month after making its splashy debut at CES, Sling TV launched its Internet-delivered skinny TV service (initially on an invitation-only basis) on Feb. 9, 2015.

The Dish-owned streaming TV service is celebrating that milestone with a batch of deals for existing and new customers while also declaring Feb. 9 as "National Cut the Cord Day." More on that in a bit

While much has changed to the OTT service and the pay-TV industry at large since then, Sling TV's service targeted to cord-cutters started off with a core "Best of Live TV" package featuring ESPN, TNT, TBS, Cartoon Network, Disney Channel and other national cable channels (but no local broadcast TV) for $20 per month. Sling TV backed that with various add-on packs focused on sports programming, kids fare, and news and information programming. 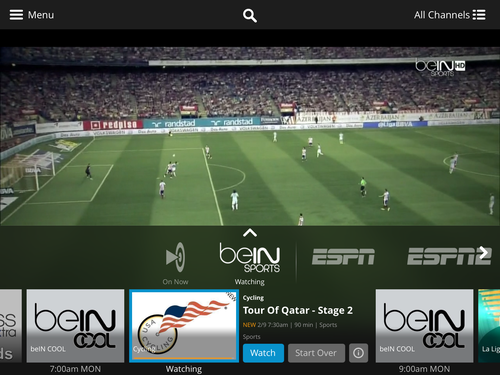 Here's a snapshot of what Sling TV looked like at launch on the iPad. When it debuted five years ago, Sling TV was also supported on web browsers, Roku players and Roku TVs and Android and iOS mobile devices.

Sling TV's subscriber base has been lumpy through the years, as it, like other no-contract OTT-TV services, is exposed to relatively high levels of churn and smaller ARPU (average revenue per user) compared to traditional pay-TV offerings, which generally makes this a challenging business to be in. At the end of Q3 2019, Sling TV had 2.69 million subscribers, enabling it to remain near the head of the pack among virtual multichannel video programming distributors (vMVPDs).

But those gains over the years have not been nearly enough to offset the erosion of Dish's traditional satellite TV business, which has shed about 4.51 million subscribers since it ended 2014 with a peak of about 14 million (Dish, which now views mobile and 5G as critical to the company's future, was down to about 9.49 million satellite TV subs at the end of Q3 2019.).

While Sling TV's general focus to sidestep expensive, big pay-TV bundles remains, the service and its packages have changed ever since its debut half a decade ago. Sling TV's current, more mature set of offerings now sport a wider array of packages and programming options, a cloud DVR service and integrations with devices (such as Dish's own lineup of Air TV players and dongles) that enable consumers to tie together OTT and free over-the-air broadcast TV programming on the same user interface.

Surviving more than thriving
And there's a lot more competition out there in the form of vMVPDs, with some more successful than others.

While Sony's PlayStation Vue pulled the plug late last month after a nearly five-year run of its own, the market still has a handful of other options, including Hulu Live TV, now the biggest of the bunch with about 3.2 million subs, YouTube TV (over 2 million subs), AT&T TV Now (scuffling along at 926,000) and three others that do not disclose sub numbers on a regular basis -- fuboTV, Philo and Vidgo.

While it's hard to say that any of those services are thriving as the pay-TV market at large continues to decline (OTT sub gains are not offsetting traditional pay-TV losses on a one-for-one basis), most of them are nonetheless surviving, even if that means having to raise rates to cover the high costs of programming.

And their role in the market has evolved. Increasingly, even some US cable operators (usually small ones) have given their legacy pay-TV service the heave-ho as they put a firmer focus on higher-margin broadband offerings and leave the video piece to the various OTT players.

Others, such as Cable One, have de-emphasized pay-TV but remain in the game. Comcast, meanwhile, continues to focus on premium, more profitable video customers with X1 and refrain from chasing after a less profitable part of the base that's a candidate for the various OTT-TV options on the market. Comcast is also using Xfinity Flex, a streaming and smart home platform tailored to its broadband-only customers that provides an upgrade path to its full pay-TV service.

Even though it's been less than perfect, Sling TV certainly deserves credit for its pioneering efforts around OTT-TV from a technology and business model perspective.

With its five-year anniversary on the way, Sling TV is doing some celebrating of its own, announcing today that it has declared Feb. 9 "National Cut the Cord Day." While that's of course not an official US holiday, Sling TV is making it so by teaming with National Calendar Day, an organization that works with different brands, nonprofits and corporations to register a National Day that aligns with a product, service or initiative. 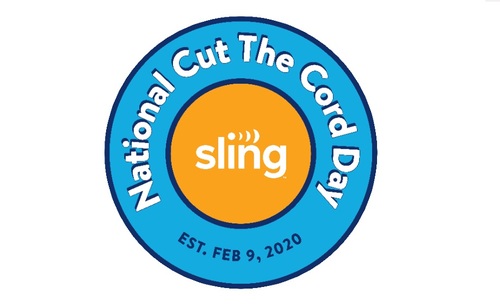 And Sling TV will be backing that up with a handful of service deals and product bundles to keep its current customers happy and perhaps bring a few new ones (as well as former customers) through the door.

The promotion, which runs from today through Feb. 11, features the following:

For new and returning customers:

Cord Cutter Bundles for customers who pre-pay for three months of Sling Orange and/or Sling Blue at full price:

Cord-cutters are typically a tech-savvy group, but Sling TV has also set up a "Cord Cutters Hotline" (855-553-2862) to educate consumers interested in ditching a traditional pay-TV service and, of course, signing up for Sling TV.

Like what we have to say? Click here to sign up to our daily newsletter
COMMENTS
Newest First | Oldest First | Threaded View
Add Comment
Be the first to post a comment regarding this story.
EDUCATIONAL RESOURCES
sponsor supplied content
Cox Business Account Executive
Welcome to the Winners Circle
Join the team at Cox Business!
Educational Resources Archive
More Blogs from The Bauminator
Will the metaverse lead cable's '10G Challenge'?