Spirent Puts 400GigE to the Test

Spirent used Light Reading's Big Telecom Event (BTE) in Chicago last week to set up a live demonstration of its 400G Ethernet Test System in the US for the first time. (See all the news from BTE at this special show news site.)

The system is designed to verify Layer 1 through 3 service delivery quality, and highlights error-free performance with different combinations of streams, frame lengths, and rates, including a single stream running at full line rate.

The target for the test platform is the core router market, said Ross Cassan, director of marketing for fixed and mobile networks and applications at Spirent Communications plc .

Earlier this year, at the OFC show in San Francisco, Huawei and Xilinx demonstrated a prototype 400GigE core router. Based on Xilinx's high-end FPGA, it was the first prototype system to validate 400GigE MAC/FEC/PCS/PMA technology.

This is the first time Spirent has run a 400GigE port through a battery of tests, which included the validation of the link's ability to pass up to line rate traffic, plus testing of the functionality, performance, scalability and quality of experience of the upper-layer engines that deliver services, Cassan said.

"We're pushing the borders of physics with 400GigE. If they don't get the packets in the right order, the benefit of having 400GigE quickly goes away," Cassan said. "We've enabled our customers to test that functionality, all the way from Layer 1 into Layer 2 and Layer 3."

Cassan said he expects standardization and commercialization of 400GigE interfaces in 2015. "Typically, based on history, the first interfaces come out around the same time as the standard," he said. "Being able to do these tests helps everyone involved make final decisions about the standard." 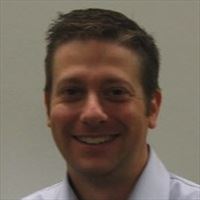 drcassan 6/24/2014 | 6:32:54 PM
Re: Hardware only? Yes – this test was from a 400G Ethernet test interface to a 400GE router interface.  OSI layers 1 to 3 were tested, which means the optical path, PCS, MAC and NPU were tested.  Both the Spirent tester and the Huawei router are leveraging hardware for these functions.
Reply | Post Message | MESSAGES LIST | START A BOARD